Bernardini colt shows up in trial 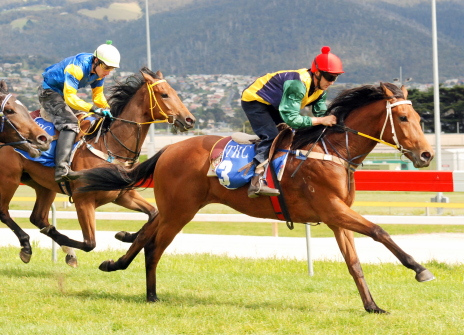 This season he is hoping one of his youngsters, By Far, by Bernardini from former star race mare Showery, can emulate the feats of Western Hero

By Far was ridden by apprentice Bulent Muhcu who had the son of Bernardini settled on the speed and when he called n the colt to extend turning for home he stretched out nicely and had something in reserve when he hit the line clear of his stablemates.

Evans said all three of his juveniles that trialed today would progress to the first two-year-old race of the season, the Debutant Maiden Plate, to be run over 900 metres at Tattersall’s Park on November 04