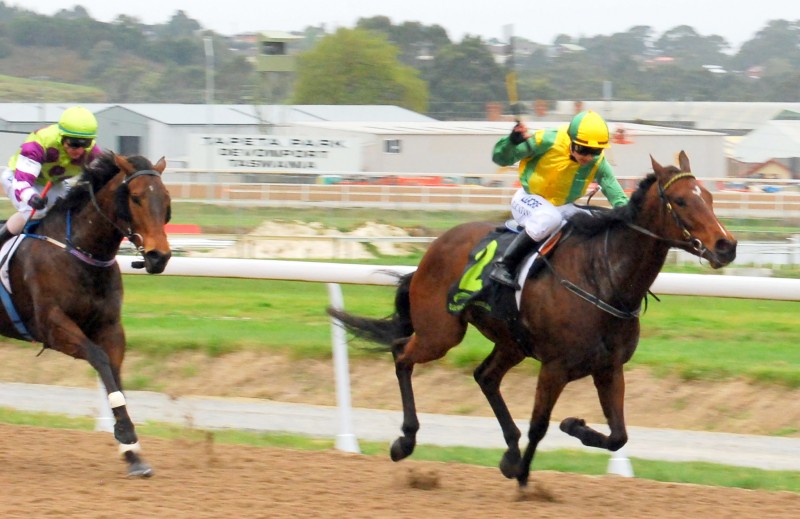 SPREYTON trainer Leanne Gaffney declared her well bred four-year-old Bernaurd a “high class sprinter” after the gelding powered his way to a comfortable win in the Hygain Class 2 Handicap over 1150 metres.

Bernaurd began well from the outside barrier (8) and had no trouble finding the early lead.

The well backed Royal Bluff worked to his outside in the home straight to stake her claim but Bernaurd was up to the challenge and went on to defeat the fast-finishing Fanesto by 1-1/2 lengths with Royal Bluff the same margin away third clear of the favourite Fill Out The Ticket that may have succumbed to second-up syndrome.

“This horse has been the victim of bad barriers at his last two starts including today and that’s why he failed last start when her drew gate 13,” Gaffney said.

Bernaurd (Matsqui-Blunder) is prepared by Leanne and her son Clinton Gaffney. He has won three of his eight starts of which two have been on the Tapeta synthetic at Spreyton.

Listen to what Leann Gaffney had to say about Bernaurd’s latest win.