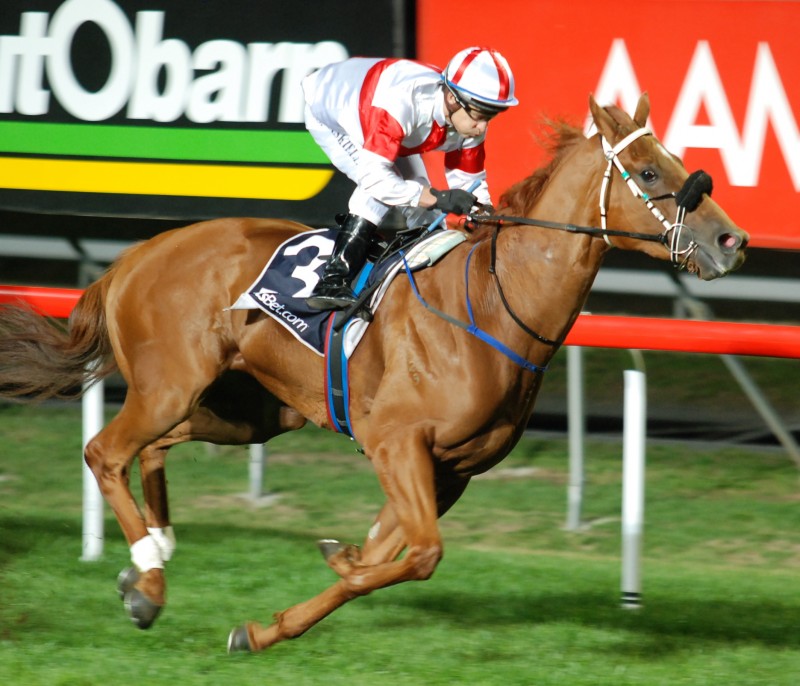 TALENTED sprinter Bertie’s Bells scored arguably a career best win when he accounted for a small but talented field of sprinters in a BM68 handicap over 1200 metres at The TOTE Racing Centre in Launceston on Wednesday night.

The Gary White-trained three-year-old was taken straight to the front by experienced jockey Stephen Maskiell who summed up the race prior to the start and had a plan to go to the front and set the tempo.

It proved to be the winning move as the gelding was in his comfort zone after travelling 200 metres.

When he was challenged strongly by Kirkson and to a lesser extent, This Moment, from the 500-metre mark to the top of the home straight he shrugged them off and forged clear to win comfortably from Kirkson and This Moment with Will’s Power a close-up fourth.

“I had a talk to trainer Gary White earlier in the day to discuss tactics and when I said I wanted to lead because there was no other natural speed in the race and it was probably our best chance of getting the desired result he (White) agreed to leave it up to me,” Maskiell said.

“Gary has been keen to ride this horse back in the field in an effort to try and teach him to settle but he adapted well to the change tonight and I thought he delivered a very professional performance,” he said.

Listen to what trainer Gary White had to say about Bertie’s Bell’s latest win – CLICK HERE.