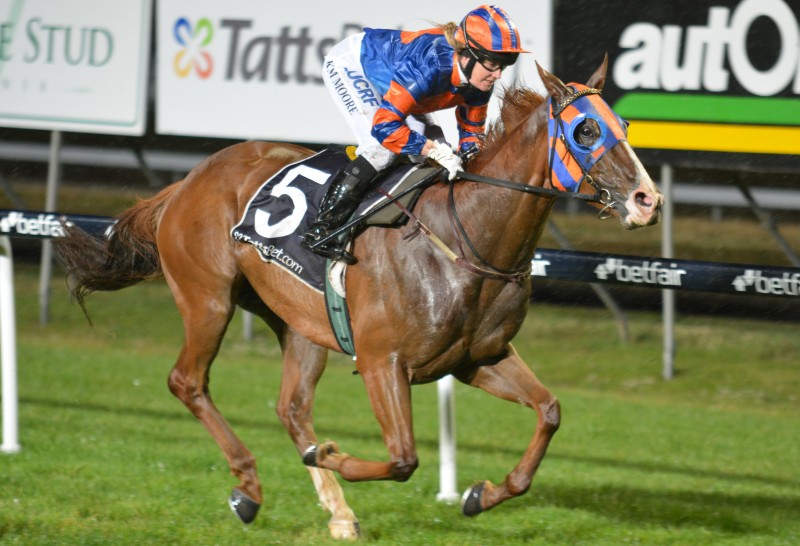 WINNING the Carrick Plate over 2100 metres in Launceston tonight will be crucial to the chances of two of the runners in terms of their chances of making it into the Betfair Hobart Cup on Monday week.

Keukenhof and Ollie’s Gold have been nominated for the Group 3 race over 2400 metes but connections of both promising stayers would like to take winning form into the big race.

Tonight’s race boasts a field of nine and both of the Hobart Cup aspirants should be right in the market.

Ollie’s Gold won the 2013 Tasmanian Derby but it took him almost two years (22 months) to win another race and that was in Hobart in a benchmark 72 handicap over 1550 metres at the end of November last year.

But trainer Gary White has been patient with the flashy chestnut and believes he is getting to his peak at the right time.

We’ve got 28 nominated for the Hobart Cup and my horse’s rating puts him on the borderline of getting into the race if all the interstate horses accept,” White said.

“So obviously if he wins this Carrick Plate his rating will more than likely go up and probably guarantee him a berth in the Hobart Cup so yes winning this race in Launceston is important but it is not the end of the world if he doesn’t,” he said.

Ollie’s Gold and Keukenhof have a rating of 75 and while there are many lower rated horses nominated for the Hobart Cup they could have to wait on the final acceptances before knowing whether or not they will run in big race.

Keukenhof won a benchmark 62 Handicap over 1400 metes three stats back on December 10 after which he tackled the Longford Cup on his home rack to finish second to Cherry Dancer that he meets slightly better at he weights tonight.

At his first try in decent company he was a last-start fifth to Another Lad Al in the Brighton Cup, beaten only 3.1 lengths.

Keukenhof has won twice over 2100 metres so he should be well suited in the Carrick Plate.

The Stuart Gandy-trained Deux Foix won two in succession before he battled into sixth sot in the Brighton Cup while Cherry Dancer was fourth but only a long neck separated Keukenhof, Deux Foix and Cherry Dancer when they hit the line.

Local star stayer Geegees Blackflash is a 005 rated horse which makes him the equal top rated Hobart Cup nominee along with the Daren Weir-trained Akzar.

Weir is no stranger to winning a Hobart Cup having captured four in the past nine years.

He also has nominated Tooleybuc Kid that has a rating of 90.

Tooleybuc Kid has had three conditioning runs this time in and he won twice over 2000 metres last preparation, one of which was at Caulfield in April.

Akzar has far more superior form having won the Warrnambool Cup (2350m) last preparation but he also has won twice beyond the Hobart Cup trip of 2400 metres.

Watch the video of Keukenhof with trainer Troy Blacker.