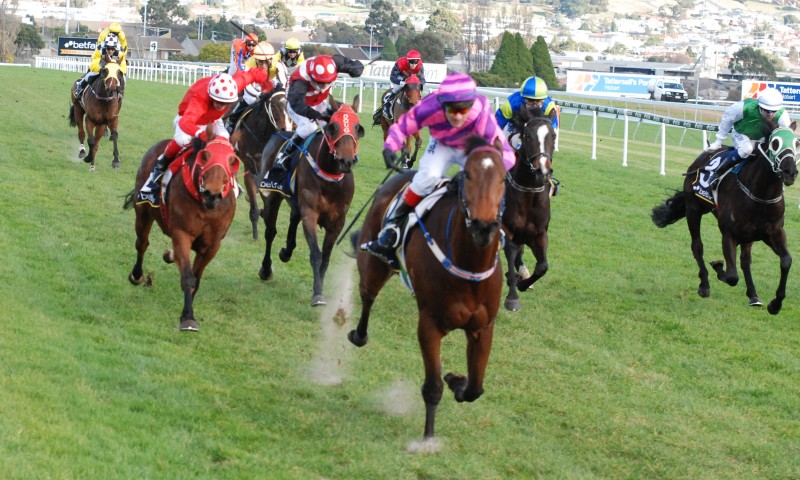 FORMER NZ gelding Bideford delivered an outstanding performance to break his maiden status in Hobart today to suggest he has a bright future in the care of Longford trainer Ian Hay.

Bideford (David Pires) was having only his second start but showed the conviction and maturity of a more seasoned racehorse as he powered his way to a comfortable win over Bling Dynasty and Mal The Parrot in the Sharee Marshall 2YO and Upwards Maiden over 1200 metres on a heavy 8 track.

“We bought this horse and got him about four months ago and I liked him from day one,” Hay said.

“We brought him to Hobart to trial because we were unable to trial him at Longford and that probably helped today.”

“I thought his debut in Launceston was good and he took a lot out of that run and I couldn’t be more pleased with what he did today,” he said.