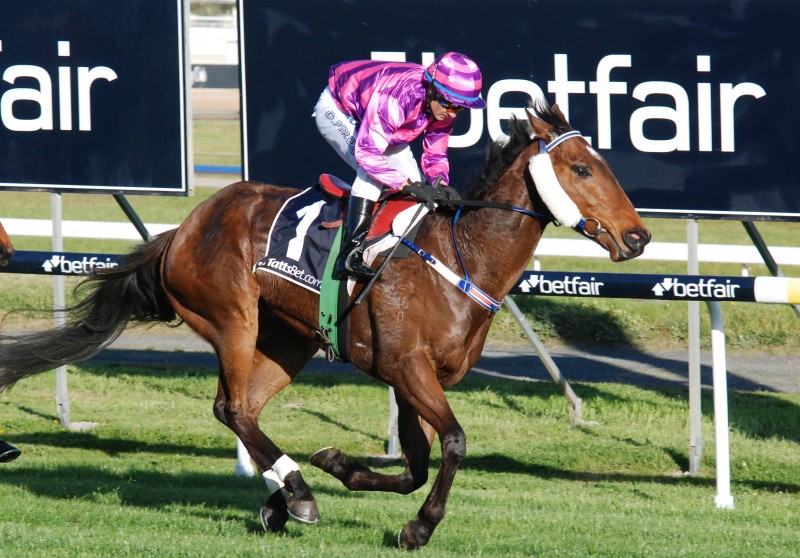 LONGFORD trainer Ian Hay rarely gets carried away by the performances of his horses but when lightly raced gelding Bideford scored an emphatic win in a class one handicap over 1200 metres he could hardly contain his enthusiasm.

Bideford (David Pires) missed the start and the rider had to think quickly so he allowed the gelded son of Towkay to slide forward four and five wide to finally land outside of the leader Blueblood.

He traveled well to the home turn and when Pires called on Bideford for the big effort he strolled clear and had no trouble accounting for Northern Lady and Sir Joey.

Bideford was third on debut in June on the Launceston circuit and after a three week break he ventured to Hobart where he scored an effortless maiden win over 1200m on a heavy track.

Hay took the four-year-old to Hobart for a trial owing to the Longford trials being continually called off due to weather.

He won that Hobart trial with ease scoring by six lengths and he took that form into tonight’s race.

Listen to what trainer Ian Hay had to say about Bideford’s impressive win.