Bideford plan is to keep winning 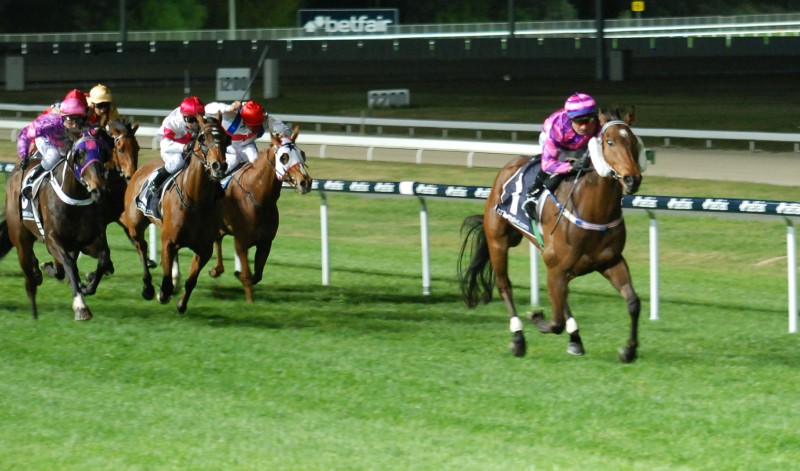 NEW ZEALAND bred gelding Bideford proved he is one of the state’s most promising gallopers when be toyed with a strong class two field at The TOTE Racing Centre in Launceston last night (Wednesday).

Bideford was placed on debut in June but at his only other start last season he won impressively in Hobart on a heavy track.

The Towkay gelding was spelled and resumed with an emphatic win in Launceston at the first night meeting of the season on October 8.

He was awesome that night winning comfortably but this latest effort was even more impressive.

Jockey David Pires urged home from the outside barrier (10) and the gelding had no trouble crossing to the rail to lead.

He then travelled smoothly to the home turn and Pires called on him for the big effort be quickly put the end result beyond doubt.

Bideford went on to defeat Ourmaher by almost three lengths with Fillout The Ticket just under a length away third and just ahead of Finalargee.

Bideford was purchased by trainer Ian Hay on the advice of one of his good friends in New Zealand, John Cameron, who brokered the deal.

“We bought this horse through my good friend in New Zealand, John Cameron, but it was just a matter of being in the right place at the right time,” Hay said.

“We will just keep racing him in the lower grades to try and get his rating up but there are no specific plans at the moment just to keep racing and winning,” he said.