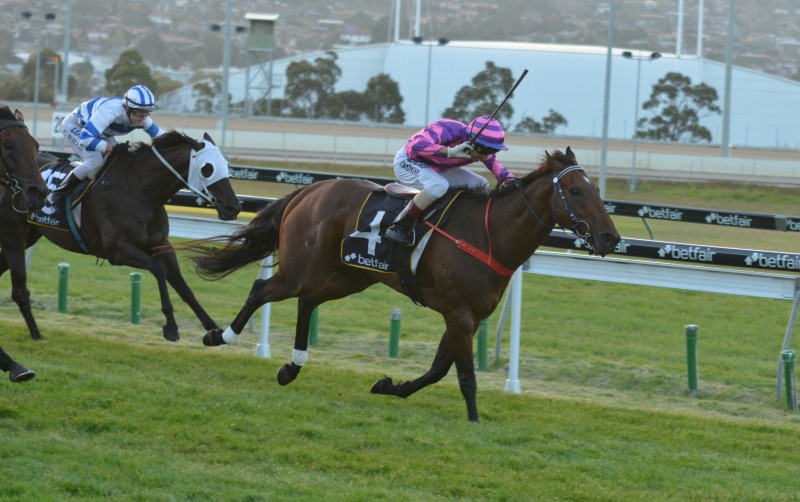 NEW ZEALAND -bred four-year-old Bideford delivered a career best performance to hold on to win a benchmark 72 handicap over 1400 metres at Tattersall’s Park in Hobart on Friday.

With Anthony Darmanin aboard, Bideford worked to find the lead and when he looked like being run down by a pack of four fast finishers, the Ian Hay-trained gelding dug deep and held the rivals at bay to win by a nose from Up Cups and Blacko  from the Scott Brinton stable.

Bideford made an instant impact in Tasmania winning at only his second start after finishing a luckless third on debut in Hobart during the winter.

He resumed racing in October with an emphatic class one win and followed up with an equally impressive win in a class two over 1400 metres three weeks later.

Leading up to this latest win the gelded son of Towkay had strung together three minor placings with much of his form waver due to over racing.

But he showed no sign of that trait at this latest assignment.

Listen to what trainer Ian Hay had to say about Bideford’s latest win.