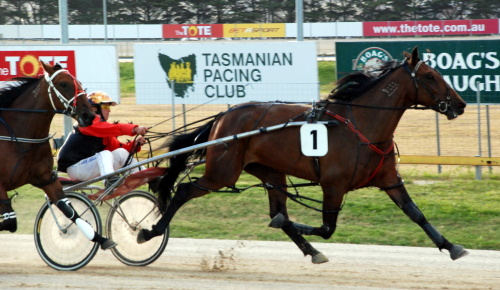 THE 10-race harness meeting at Tattersall’s Park in Hobart tonight (Sunday April 18) boasts the preludes to the Betfair Sweepstakes for two-year-olds as well as the Plunkett Family Ascot Gold Cup for C10 or better pacers and the Killarney Stud Bouquet for three-year-old fillies.

The fields for the Sweepstakes heats, of which there are two for each gender, are good with open betting likely in all but the first colts and geldings heat (race 6) in which Quastor Centurion should start a short-price favourite.

Ramblin Cullen also comes into calculations as he has won his past two and trainer Phillips Ford believes he is a horse with a future and expects a very forward showing tonight.

Wundababe was very disappointing last start but her win at her previous outing was full of merit and would make her presence felt if she took advantage of the pole position.

The Neil Cameron-trained Dawn Ofa Niadh has won two so she warrants respect along with the Adrian Duggan-trained Gun Filly and Modern Angel that is prepared by the state’s leading trainer Phillip Ford.