Big plans for Don’t We Love It 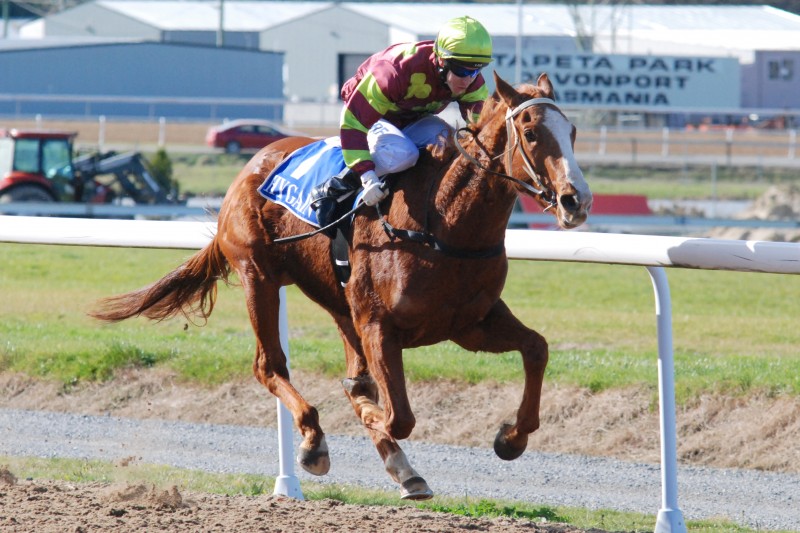 WESLEY VALE thoroughbred trainer John Keys had a big opinion of Don’t We Love It when he first came into work last season and an emphatic trial win in Hobart further convinced him he may have a potential star in his care.

But he ran third on debut behind the talented Geegees Doublejay in Hobart but regained his trainer’s confidence with a win on the synthetic at Devonport a month later.

But upon his return to racing two months later he produced a shocker in Hobart behind Admiral in the Alfa Bowl so he was immediately turned out.

He was far from convincing when fourth of seven on the grass in Launceston in the last 2YO event of the 2013-14 season in Launceston on a slow track.

However, he again showed a liking for the synthetic with a career best effort to win a class one handicap over 1350 metres last Sunday.

Don’t We Love It (Falvelon-Sure of Heart x Show a Heart) led throughout with Corey Parish in the saddle. The gelding went on to score a seemingly effortless win over Geegees Showboy and Triple Bee.

“I was a bit scared he’s become one-paced but I didn’t think he’d handled the wet so we took him back to Spreyton to find out,” Keys said.

“We got the desired result but I was surprised by his winning margin (five lengths).”

“On the turn he was travelling really well, the rider hadn’t touched him and the others were being scrubbed up to keep in touch,” he said.

So impressive was the gelding that Keys has his eyes on a major prize.

“We might tip him out son and have a look at the Tasmanian Guineas later in the year (New Year Eve under lights in Launceston),” he said.

Don’t We Love It was purchased as a yearling from the proceeds of the sale of former star Tasmanian filly Triple Asset that won a Group and Listed race interstate and was later sold for a substantial sum as a broodmare.