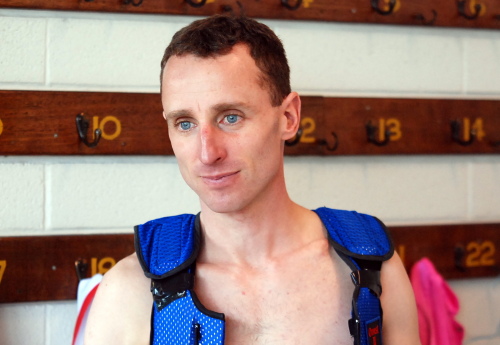 Promising four-year-old Fierezza scored arguably a career best win when he came from near last turning for home to win a strong class four handicap over 1200 metres under lights in Launceston last Thursday.

Fierezza had not raced for six weeks but the David and Scott Brunton-trained gelding was fresh enough to deliver a barnstorming finish to grab victory in the last stride from former stablemate Flash Lad with Our Super a game third.

The son of Blevic was rated one of the most improved gallopers in the state last preparation and his efforts this time in suggest he has matured even more as a racehorse.

Connections are aiming at the $100,000 Devonport Cup (1800m) in early January as his main mission and depending on how he handles the rise in class he may even be considered an AAMI Hobart Cup chance.

Fierezza has won five and been placed four times from only 14 starts.

“I didn’t think this horse would make the grade at the end of his first preparation but he came back a different horse and I was very impressed with what he did last time in,” McCoull said.

“I think this latest win suggests he has arrived as a serious racehorse.”

“He was unlucky not to win here first-up and it was a similar story at his next start but tonight he really delivered to win.”

“I believe the Devonport Cup is his target and I’d say that is an achievable goal,” McCoull said.