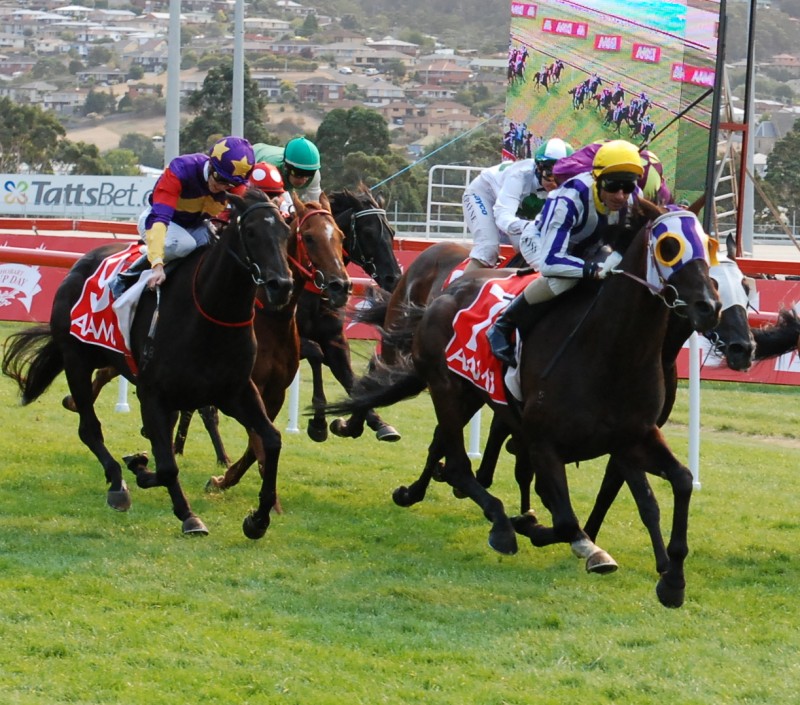 Lucky Angel, prepared by Tony Vasil at Caulfield, is now equal third favourite to win the Group 3 race over 2400 metres.

The volume of money came for the mare when former Tasmanian jockey Craig Newitt was confirmed as her rider.

Newitt has partnered the Troy Blacker-trained Dream Pedlar throughout the gelding’s Cups campaign but after he missed a place in the Hobart Cup Newitt opted to jump off.

Lucky Angel produced an eye-catching run in the Hobart Cup in which she came from last 500 metres out and was the widest runner turning for home but ran on gamely to finish fourth to Hurdy Gurdy Man.

The weight of money for the mare encouraged fixed odds bookmakers to ease Hurdy Gurdy Man’s price from $2.40 to $2.60.

Dream Pedlar will now be ridden by Tasmania’s leading rider Brendon McCoull who is no stranger to the gelding.

“Of course you are always disappointed when a jockey opts to ride another horse in any race let alone a Group 3 event but I am more than happy to have Brendon McCoull as the replacement rider,” Blacker said.

The other firmer in cups betting is Tasmanian Derby winner Ollie’s Gold that firmed from $41 to $21.

The Gary White-trained gelding gets into the Launceston Cup on the minimum of 54kg but had the old weight conditions been in place he would have been afforded the luxury of carrying only 49kg.

However the introduction of new weight scales and conditions restricts handicap Group races to a minimum weight of 54kg.

Bookmakers are expected to keep Hurdy Gurdy Man as the firm favourite and his connections are hoping for success, as victory will give the entire the cups double and with it a Tattsbet-sponsored $100,000 cash bonus which is shared equally between the owner and trainer.