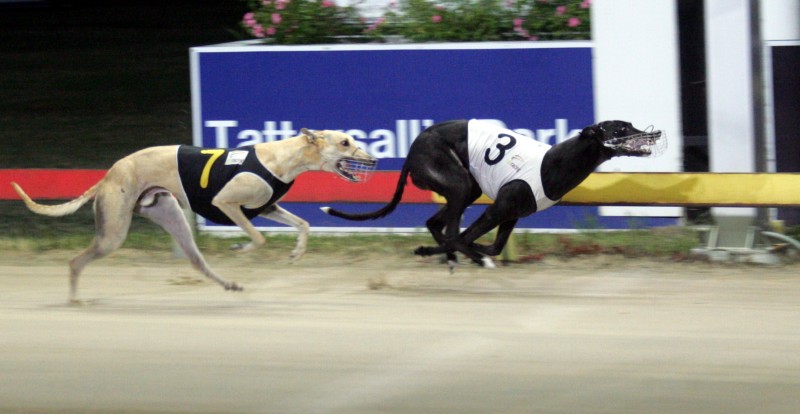 STEVEN CLARKE is not a household name in greyhound circles but his lightly raced dog Big Ticket has the potential to change that on Thursday night.

Big Ticket emerged as a genuine winning chance in the 2014 $107,100 Group 1 Tattsbet Hobart Thousand final when he sizzled over the 461-metre trip to easily win his heat last Thursday night.

The son of 2012 National Sprint Championship winner Fabregas began like a bullet from box three to lead and then staved off a determined challenge from the Darren McDonald-trained Kicking Rocks that tried valiantly to reduce the margin.

Big Ticket has just turned two and was having only his 13th start but it was his eighth win and his time of 25.90 was clearly the fastest of the eight heat winners.

He will start from the coveted inside box (1) in the final and that should be enough to guarantee he starts the favourite despite the presence of recent Melbourne Cup winner Dyna Villa in box two and form New Zealand star Above All that produced the run of the night to win his Thousand heat.

The final is race eight on the 10-event card and is scheduled to start at 9.44 pm.