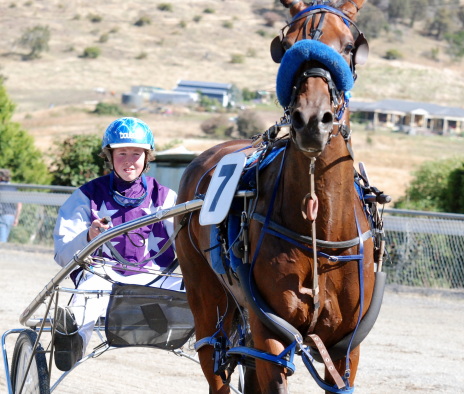 TASMANIAN harness racing boasts a double header this weekend with the Carrick Pacing Club hosting its Cup meeting and in Hobart on Sunday night the national spotlight shines on the state with the Tasmanian Pacing Club to host its Tasmanian Oaks meeting.

The Carrick Cup boasts a full field of 12 with arguably the strongest line-up in years with the Country 3YO Championship the other feature on the nine-race program that is scheduled as a twilight fixture.

The Cup boasts a number of genuine winning chances including Touchwood Bucksta that has won five of his past six starts including the New Norfolk and Burnie cups.

His front-row draw enhances his chances given he is a very safe beginner and possess plenty of early speed, however, Grand Brook has a god record on the track with a win and four minor placings from his five tries on the spacious country circuit.

In Hobart on Sunday the Tasmania Oaks has attracted three interstate invaders including Madame Lily that ran second to Codie Karalta in the 3YO Fillies’ Championship in Launceston last Sunday night.

The other Victorian invaders are the Michael Stanley-trained Blucolla Tigerpie and Rhodium Castle prepared at Melton by Brent Lilley.

The Metropolitan Cup looks to be a match between Gedlee and Our Sir Jeckyl, although Dance Of The Deity comes off an impressive win in the Devonport Cup and looms as a chance at odds.

Most of the smart money will be on Gedlee that had his colors lowered by Our Sir Jeckyl three weeks ago and he may need another run under his belt before reaching max fitness.

The TPC meeting also boasts the final of the Light Harness Tasmania Cup and the Sires Produce final with those fields derived from heats ruin at New Norfolk on March 5.