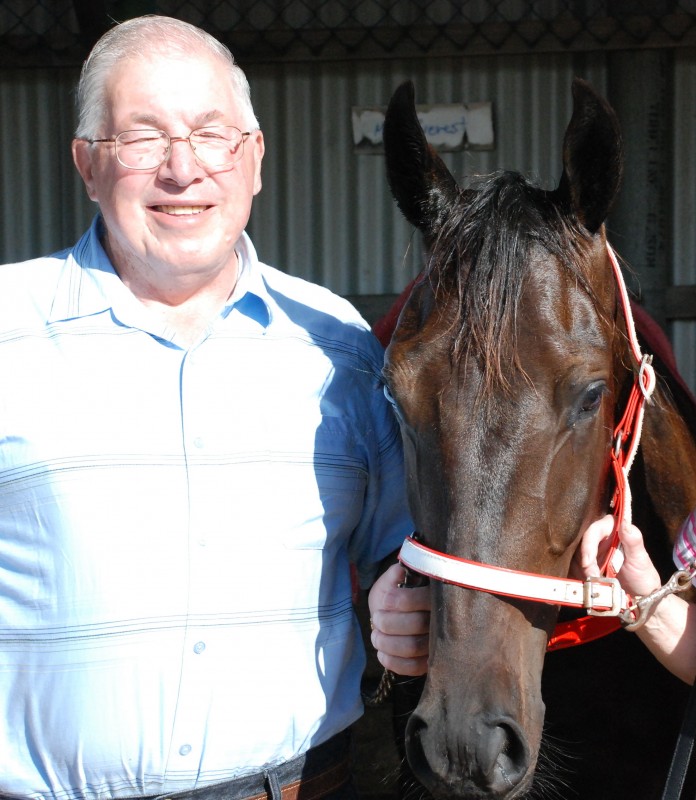 Biggernbettermax was urged forward early but driver James Rattray and once in front the gelding was never headed and went on to score comfortably by 2-1/2 metres from Empty Envelope with Turnpike Cruiser two metres astern.

Dunham has been racing horses for 35 years of which the past two decades have been with Rattray who trains a big team out of his Karalta Pacing Stables at Longford in central Tasmania.

Dunham said he was confident Biggernbettermax would win given the ease with which he won at his previous start on the tight Devonport circuit.

“The way he won here a fortnight ago, I thought he would be hard to beat,” Dunham said.

His previous biggest win was the Scottsdale Cup with the same horse in January this year.

However for Rattray it was his third Devonport Cup having won previously with Swift Chance that he trained and drove to victory in 1989 and he trained GoodTown to win it in 1993 with John Walters in the sulky.

It was James Rattray’s first Devonport Cup winner and it was one of four winners for the talented reinsman on the night of which three were trained by his father Barrie.

Biggernbettermax has been a good money spinner for his owners with this late triumph his 14th from 44 starts but he also has notched 20 minor placings for closing in on $100,000 in prize money.