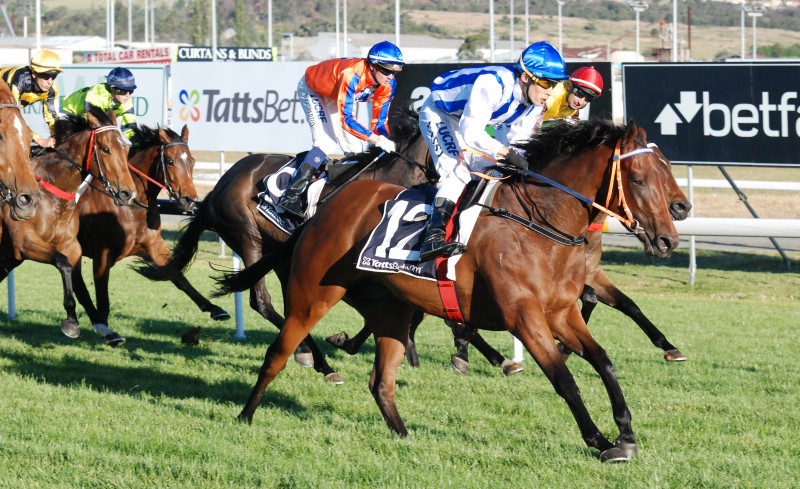 LONGFORD trainer Troy Blacker was hoping to win the second race on the card in Launceston last night and understandably so given he had four of the 14 starts in the 3YO and upwards maiden over 1220 metres.

Punters put their faith in Blacker’s six-year-old Known About Town ($3.10 fav) that went into the race on the back of first-up third at his previous outings and that he was the most experienced of the 14 starters and had top jockey Brendon McCoull in the saddle.

But it was his $27 outsider Ryan’s Daughter having her first start that emerged triumphant after being given a charmed run in the race by Yassi Nishitani.

The Holy Roman Emperor three-year-old filly settled fourth off a hot speed set by Roser’s Quest and Liberty Heights that set a cracking pace in front.

When the leaders started to feel the strain of such a quick first half of the race Ryan’s Daughter cruised past them and hit the line a comfortable winner from Known About Town with  first-starter Kool Kash (X Rock of Gibraltar) a close-up third.

The winner and third-placed horses are related as they are both from the Elusive Quality mare Elusive Kash.

“This filly has shown us a bit in the lead-up to her debut and she ran up to expectations, although on paper Known About Town deserved to be favourite,” Blacker said.

“We have hopes that this filly might measure up to races such as the Thousand Guineas but we will take things one race at a time,” he said.

Blacker’s other runners in the race were Breeze Attack ($64) that finished seventh and Settler’s Stone ($41) that finished a length further astern 10th.

Outside of the winner the best run in the race came from third-placed Kool Kash that rattled home along the rails in the home straight after coming from well back on the home turn.