Blackflash bleeds – out for three months 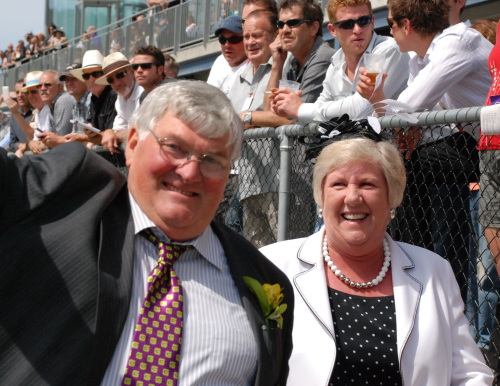 THIS season’s Tasmanian Derby winner Gee Gees Blackflash suffered a bleeding attack on the training track this week which has cast a serious shadow over plans to tackle the major cups next year.

“We had hoped to give him his first start in Hobart on Sunday and he was working along great but he bled and that’s put him out of action for at least three months,” Luttrell said.

Under the Australian Rules of Racing any horse that suffers a bleeding attack for the first time must be stood down fro racing for three months and it must be at least two months before the horse can resume training.

Luttrell said the Paul and Elizabeth Geard-owned gelding was being aimed at the major cups next season and while this is a major set-back he has not discounted the idea of proceeding with plans to contest the AAMI Hobart and or Launceston Cups.

“This is definite setback for the horse but we’ll just keep our options open until we see how he comes back,” Luttrell said.

Gee Gees Blackflash scored the best win of his career in the Cadbury Tasmanian Derby that included many interstate horses.

The gelding will be spelled at his owners’ property and is expected to return to Luttrell’s Brighton stable early in September.