Blackflash on track for another tilt at Betfair Hobart Cup 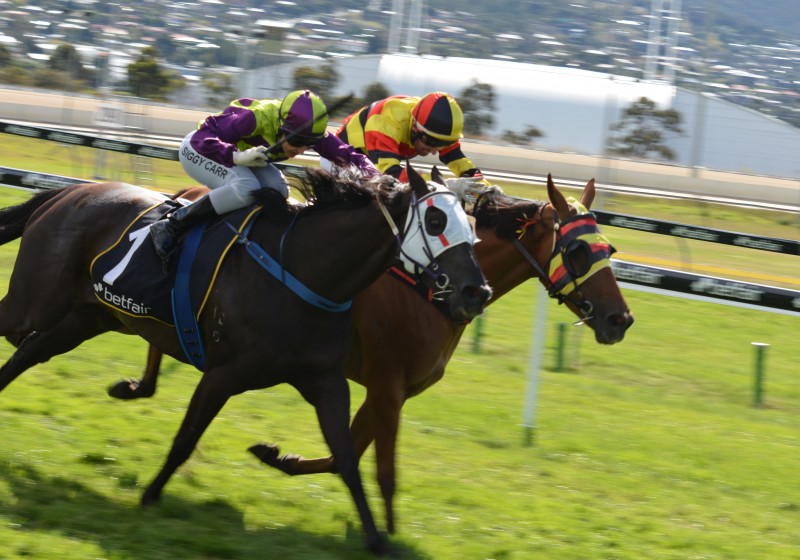 STAR Tasmanian galloper Geegees Blackflash proved beyond doubt he still has what it takes to win another major cup when he chased down rising star stayer Genuine Lad to win the $50,000 weight-for-age Summer Cup over 2100m at Tattersall’s Park in Hobart yesterday.

The equine millionaire was as game as ever as he laid his ears back to get into the fight with the Bill Ryan-trained Cups contender over the final 200 metres.

Another Lad Al took up his usual role as pacemaker but when the big guns in the race slipped into serious mode the lead was swamped turning for home with Genuine Lad (Anthony Darmanin) scooting clear and being hailed the winner half-way up the home straight.

But when the champ emerged to stake his claim the crowd began to roar and it took all of Siggy Car’s strength to get Geegees Blackflash ahead on the line.

The official margin was 0.01 lengths which equated to a lip.

John Luttrell. trainer of Geegees Blackflash, was thrilled with the result.

“For as long as I’ve known this horse he has always dug deep and stuck his head out trying to win  his races and that’s what he did today,” Luttrell said.

“I was confident going into today’s race that he was right on track for both major cups and I think he showed everyone that there’s still another big win left in him.”

“I’ve spoken to the handicapper and he has advised that he will most likely get 59 kg in the Hobart Cup so that will be his next start,” he said.

The win took Geegees Blackflash’s earnings to $1.031 million, all of which has been won without having left the state.

Player One did a good job to fill third place only 3-1/2 lengths from the winner and just in advance of the gallant grey Jakcorijim.

The race did not pass without some drama with the favourite Banca Mo being scratched at the barrier.

The Scott Brunton-trained gelding became fractious in the inside gate and appeared to knock his head on the stalls which resulted in a small trickle of blood from his mouth.

The course veterinarian acted swiftly and ordered the gelding’s withdrawal.

Unfortunately the incident may have cost Banca Mo his major cups campaign as there are no other logical lead-up races available heading into the Betfair Hobart Cup.