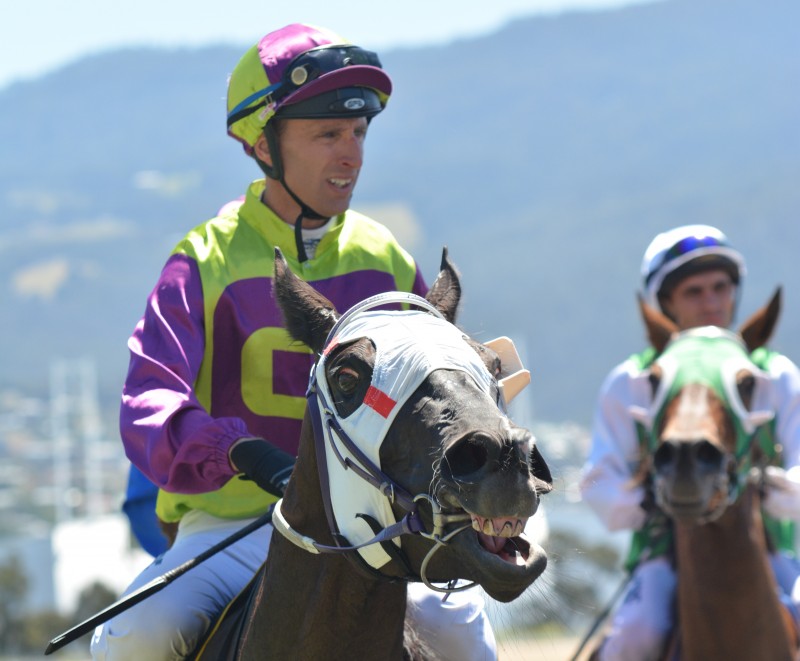 STAR Tasmanian galloper Geegees Blackflash set a record at Tattersall’s Park today that might stand the test of time.

The John Luttrell-trained eight-year-old finished a game second in the Brighton Cup and while connections were hoping for a win the second-place prizemoney of $5400 was enough to take the horse’s career stake earnings to beyond $1 million.

All of Geegees Blackflash’s stake earnings have been won in Tasmania setting his achievement apart from others that have won at least that much but have travelled intestate to accrue most of their winnings.

much of that was won racing interstate.

The Flash’s owners Paul and Elizabeth Geard were not fazed that their star performer reached the milestone by finishing second to a rank outsider in Another Lad Al.

“We are very proud of Geegees Blackflash because he has given us and a lot of other people plenty of joy on his  way to earning a million in prize money,” Paul Geard said.

“The horse has been an absolute marvel and it’s not over yet,” he said.

Geard said there were no talks of the horse being retired now that he has reached the milestone.

“As long as Geegees Blackflash is keen to be racing he will compete,” Geard said.