Blacko in line for hat trick of wins 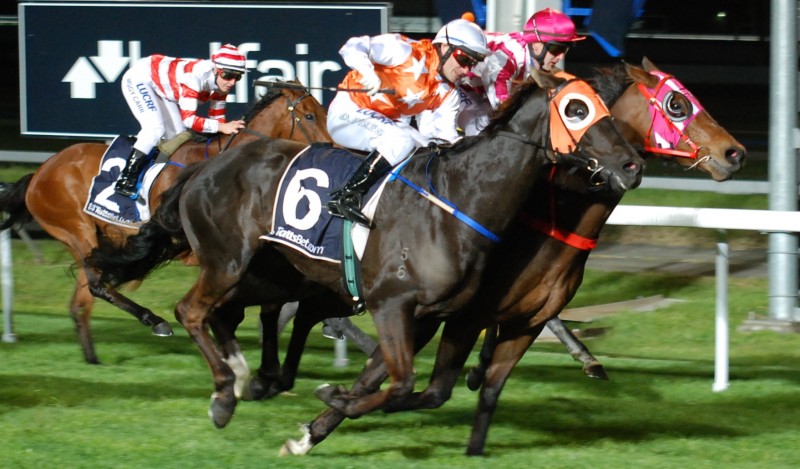 IN-FORM seven-year-old gelding Blacko will be chasing a hat trick of wins when he steps out in a benchmark 78 handicap over 1650 metres on the synthetic Tapeta surface at Devonport today.

With the top weight Gotta Dream an early scratching Blacko will carry equal top weight of 58 kilograms along with the Michael Trinder-trained mare Royal Miswaki.

Victorian jockey Corey Parish guided Blacko to victory last start at Devonport in an open handicap over 1650 metres and he was keen to reunite with the gelded son of Dubleo.

Blacko has won seven and been placed 12 times from 47 starts with his record on the Devonport circuit standing at two wins and four minor placings from 17 tries.

Listen to what trainer Glenn Stevenson had to say about Blacko’s chances at Devonport today.