Blu To Be Sure has bright future 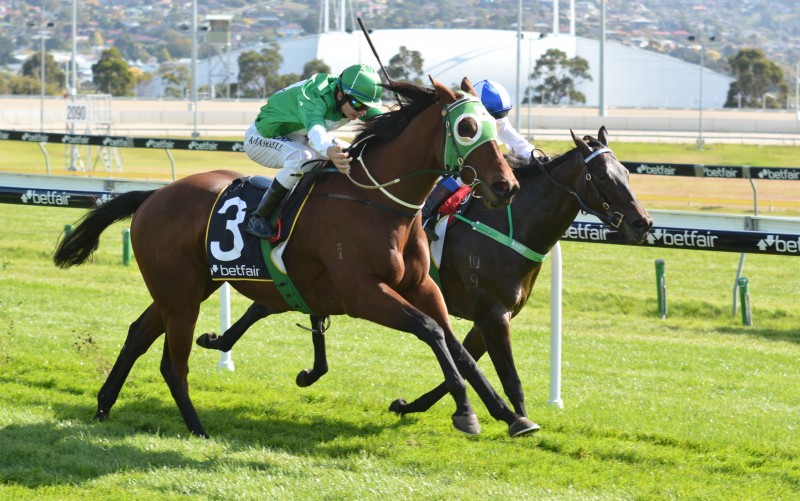 PREMIER Tasmanian thoroughbred trainer Scott Brunton is predicting a bright future for well-bred three-year-old Blu To Be Sure following the colt’s win in a maiden plate over 1100 metres at Tattersall’s Park in Hobart on Sunday.

Blu To Be Sure (Murphy’s Blu Boy-Celebrating Ruby) was having only his second start for Brunton since arriving from Victoria early this year.

The colt was slow to begin but was bustled by apprentice Kyle Maskiell to settle midfield while the easing favourite Because ($2.20) showed blistering early speed on debut to lead comfortably.

Brunton’s other runner, first-starter Aquila Reale, settled second and joined the leader 400 metres from home while Maskiell was starting to get to work on his mount and took him to the outside to stake his claim in the home straight.

Because kicked clear and was being hailed the winner but the Hemingway five-year-old mare was unable to fend off the powerful finish of Blu To Be Sure ($4 into $3.10).

“I was looking for a horse for a group of my owners who had a good win from Hellova Street when he won the Newmarket last year so Darren Freyer from Melbourne sourced this horse for us and he even kept a share in him,” Brunton said.

“We paid really good money for this horse but I believe he will be well worth it in the long run,” he said.