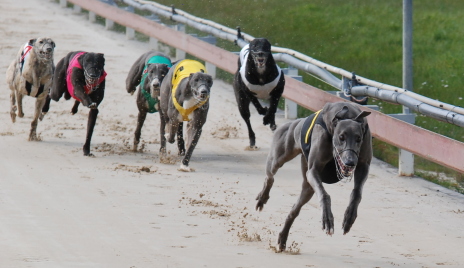 RICHMOND trainer Margaret Rossendell has never given up on Franklin Bluboy and at Devonport last week he delivered the goods.

Franklin Bluboy (El Galo-Franklin Delight) had been out of the winner’s circle for over three months but that has more to do with him having to contend with invitation grade on the Hobart and Launceston tracks at more recent outings.

He also had a month lay-off in July that produced a first-up last of eight in Hobart behind track record holder Bergermeister.

At Devonport last week he flew the lids from box seven and he left his grade five rivals in his wake and clocked 25.99 over the 452 metres.

The well bred dog has not been out of form since his previous win in early June, he has just been unlucky.

If he can mirror his latest effort at subsequent outings he will be very hard to beat.

Franklin Bluboy has won eight and been placed 16 times from 31 starts for almost $17,000 in stakes so he has paid his way since he first started racing in December last year.