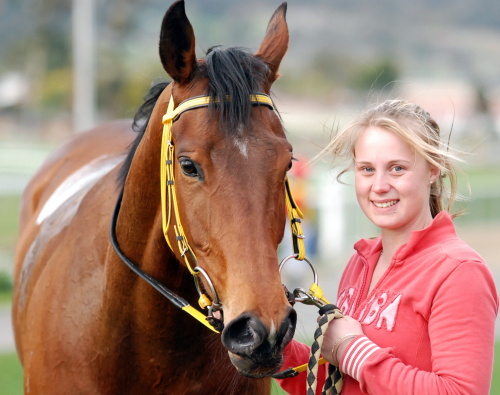 The mare scored a convincing win at Tattersall’s Park in Hobart on Sunday, much to the delight of her jockey Kelvin Sanderson who predicted a bright future for the mare after he rode her to victory at her third start this season.

Blue Light opened her winning account three starts back in a modest maiden in Hobart, which was at her second run this preparation.

She followed up with an even more impressive win in a strong class one handicap at the same venue on September 8.

She ran the best sectionals of the day when she scored her second win over 1100 metres and Sunday’s win was equally impressive.

Her trainer Troy Blacker missed the win as he is in Melbourne campaigning his Hobart and Launceston Cups candidate Dream Pedlar that ran a terrific race when sixth over 1440 metres at Caulfield on Sunday.

Listen to what jockey Kelvin Sanderson had to say about Blue Light’s latest win – click here .