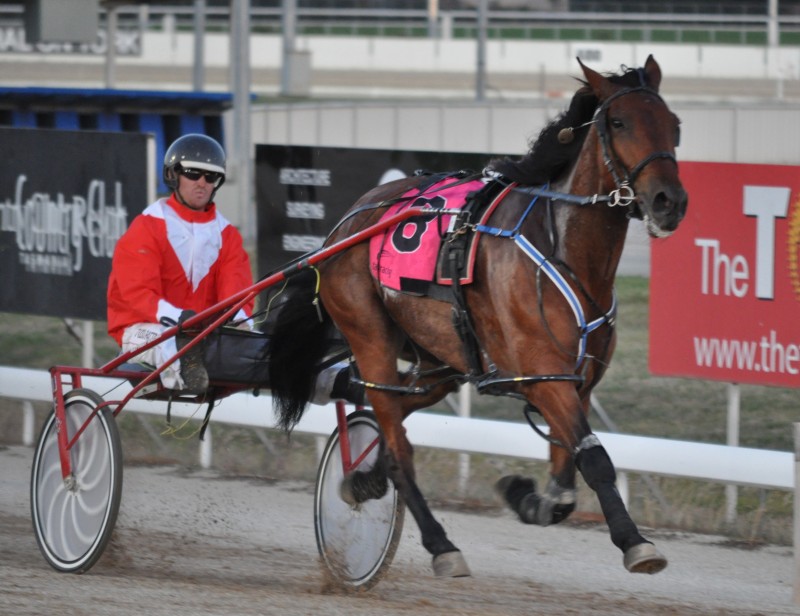 TOP Tasmanian harness racing trainer Barrie Rattray had hopes for Blue Pointer last season and while he performed well he didn’t quite live up to expectations.

But at the TOTE Racing Centre in Launceston on Sunday night Blue Pointer finally delivered on the promise he showed early on by winning the $20,000 City of Launceston Cup over 2698 metres and in track record time.

Blue Pointer recorded a mile rate of 1`m.59.07 that smashed the previous best set by star New Zealand three-year-old Elect To Live that clocked a rate of 1m.59.7 seconds in the 2002 Australian Derby.

Rattray said he was not surprised by the gelding’s win, despite starting at double figure odds, but the time was quite unexpected.

“I was concerned that he might not have enough high speed but I knew that he’d stay the distance,” Rattray said.

“He’s a horse that promised a lot as a three-year-old but didn’t really deliver.”

“Now he’s finally going like he should,” the trainer said.

It was a perfect drive from the trainer’s son Todd Rattray.

“Todd made all the right moves at the right times – it was a great drive,’ Rattray said.

Todd had Blue Pointer settled three-back the fence but midrace he eased into the one-out line and made his move three-wide heading down the back straight and cruised to her front 400 metres from home.

The five-year-old then staved off all challenges and went on to score by 3.9 metres from Outback Mach (Gavin Lang) with Riverboat Jasper three metres away third.

The trainer is undecided as to whether he will back Blue Pointer up in next Sunday’s $40,000 Tasmania Cup in Hobart.

“I’m not sure about taking him to the Tasmania Cup – the horse has already come a long way in a short space of time (this preparation),” he said.