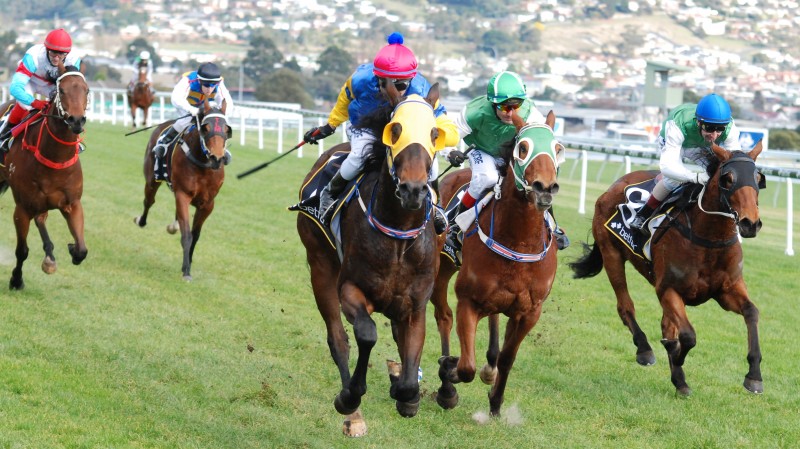 TALENTED two-year-old Concrete Johnny made a winning return to racing with an effortless victory in the Thorpe & Turner Travel Associates 2YO handicap over 1100 metres at Tattersall’s Park in Hobart today.

The Terry Evans-trained gelding looked awesome in the parade ring and raced accordingly scoring a runaway win over Midnight Tears and her stablemate Debauche that made up good ground over the concluding stages.

Concrete Johnny, by God’s Own from the Encosta de Lago mare -El Milagro, showed good early speed to lead Midnight Tears, which was the first surprise in the raced.

When rider Brendon McCoull called on Concrete Johnny for the big effort in the home straight he forged clear of Midnight Tears and held a handy margin over that filly to the line.

Concrete Johnny has had six starts for two wins and three minor placings for just over $22,000 in stakes.

Listen to what trainer Terry Evans had to say about Concrete Johnny’s latest win.