Bolter’s win no surprise to trainer 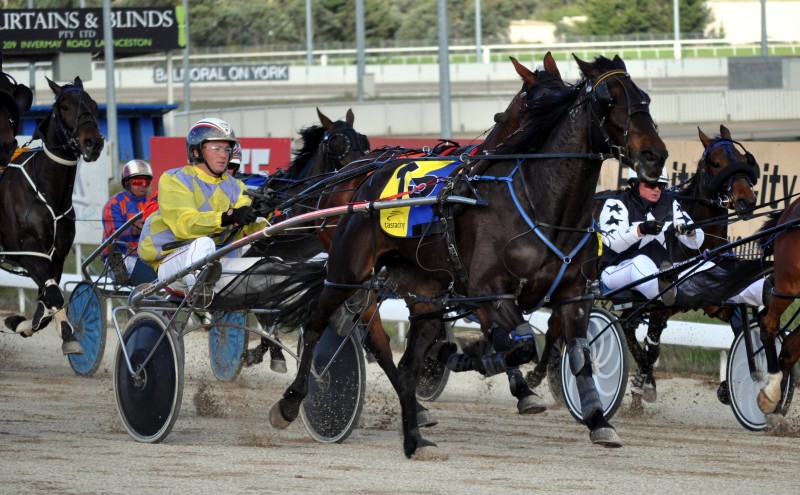 WESTBURY harness racing trainer Dick Foley wasn’t surprised with the win of Oscar Blakendon despite the gelding starting as one of the rank outsiders in them opening event on the eight-race card in Launceston tonight.

Foley was confident enough to have “something each-way” on the five-year-old gelding despite him having only modest form from his past four starts.

Oscar Blakendon (Jr Mint-Therightstuff x Getting It Right) won in Hobart at the end of August but his form since that victory was modest, to say the least.

But Foley had faith in him and parted with some of his hard-earned at the lucrative price of $41 at fixed odds.

With Gareth Rattray in the sulky, Oscar Blakendon produced a powerful finish coming from back in the field to run over the top of the leaders and score from Cooked Books and Original Art.

A solid pace was set by Bucksaroo (Matthew Howlett) and he led into the home straight the last time but he was swamped 200 metres out.

“I don’t think he was entitled to be such a long price,” Foley said.

“I had something on him each-way but I must admit the barrier draw (12) worried me.”

“He’s a horse that always seems to find trouble in his races and he keeps drawing bad barriers.”

“But I thought if things went his way he could be in the finish and that’s why I put Gareth (Rattray) on him,” Foley said.

Oscar Blakendon has won twice from 22 starts with two minor placings for just under $13,000 in prize money.