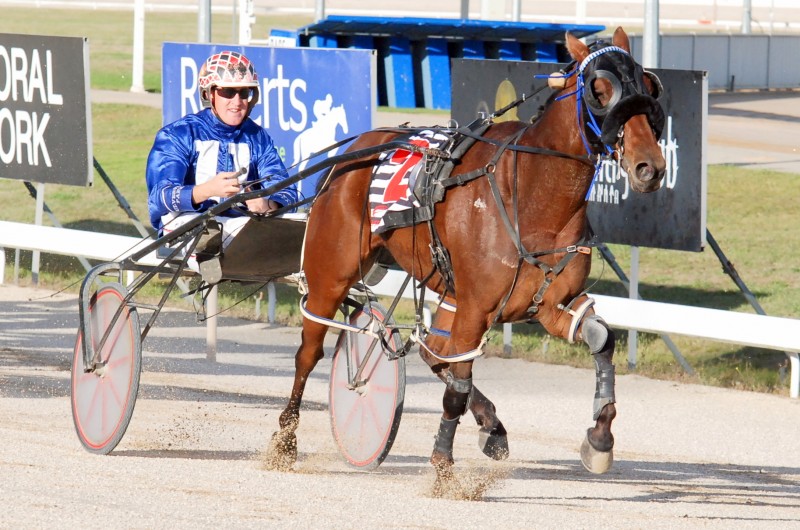 IT has been a while since eight-year-old Boozy Rouge had been in the winner’s circle but he bounced back in a big way at The TOTE Racing Centre in Launceston tonight.

Boozy Rouge powered his way to an impressive win in the Richmond Concepts and Print Stakes (C1) over 2200 metres.

The Zeke Slater-trained gelding began well from barrier two and had enough pace to cross the pole marker and then settled behind the leader Rainless that began like a thrush from a bush.

The favourite Lonesome Kid moved around the field to face the breeze midrace and looked to be travelling like the winner turning for home.

But that’s when Ford eased his charge three-wide to challenge and Boozy Rouge quickly put the end result beyond doubt and went on to defeat the fast-finishing Sir Yoie by six metres with Lonesome Kid fading to finish third, almost four metres away.

Boozy Rouge clocked a mile rate of 1.59.8 which was a fair effort from a C1 class horse, although he did clock a rate of 1.58.9 when he won over 1680 metres just over a year ago when prepared by Nathan Ford.

Listen to what reinsman Nathan Ford had to say about Boozy Rouge’s win – CLICK HERE.