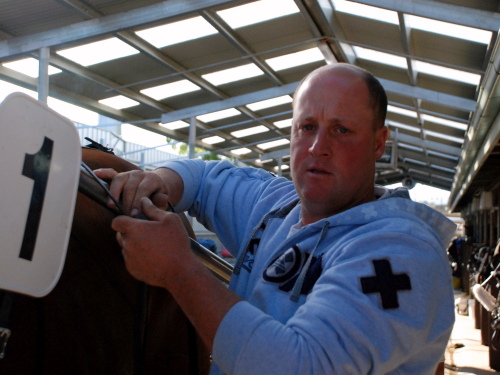 MANY serious punters were left lamenting their decision not to forgive Boozy Rouge one failure and they paid deeply in the opening race on the eight-event card at Tattersall’s Park in Hobart on Sunday night.

Boozy Rouge scored an emphatic win in Hobart on February 14 but his subsequent outing produced a near last effort in a slightly more difficult assignment last Monday night.

The Phillip Ford-trained gelding didn’t have any luck go his way that night but punters gave him the cold shoulder and sent him around at big odds on Sunday night.

Those who stuck with the son of Albert Albert were rewarded with a win dividend of $33 on SuperTab and slightly more on both other Totes.

It was the second night of the Tasmanian Pacing Club’s “Flying Mile” carnival and Boozy Rouge relished the journey.

With the trainer’s nephew Nathan Ford in the sulky, Boozy Rouge settled in the one-out line from his second-row draw but a lap from home he was eased out to travel two-back in the three-wide train.

When the driver called on him for the supreme effort the gelding responded magnificently and had the race in his keeping upon straightening for the run home.

“He travelled really well for me tonight and we didn’t have any bad luck go our way, which is what happened at his previous start,” Nathan Ford said.

“When we straightened he let down well and he was very strong on the line and basically was just too good for them,” he said.

Listen to what trainer Phillip Ford had to say about Boozy Rouge’s latest win – click here .