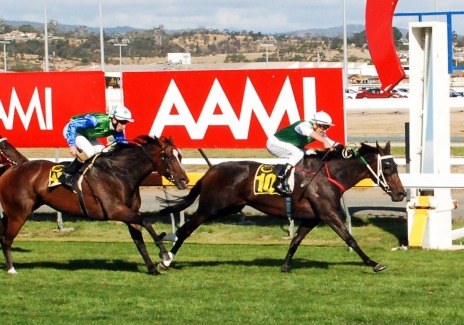 TASMANIA’S most prestigious fillies and mares race the Bow Mistress Stakes has been upgraded from Listed to Group 3 status.

While this will be seen as a major boost for the state the Tasmanian Derby has been downgraded from Group 3 standing to Listed.

The Australian Pattern Committee, the body responsible for determining which races hold Listed or Group status, has been peppered with requests from Tasracing and the Tasmanian Racing Club over the past two years to have the Bow Mistress upgraded.

APC chairman Alan Brown said the upgrading of the Bow Mistress was a result of the race’s ability to attract quality fillies and mares from many regions of Australia.

“The Committee agreed to a proposal from Tasracing that the Bow Mistress be upgraded to Group 3 and that the Tasmanian Derby, which had struggled to maintain its Group 3 status, be relegated to Listed,” Brown said.

“This reflects the reality that many of the nation’s distance races are under pressure to retain competitive fields, unlike good quality sprints.”

3 races and accordingly five were recommended for upgrade including the Bow Mistress,” he said.

The Bow Mistress is a sprint over 1200 metres and usually run on Tasmanian Derby day, a week prior to the AAMI Hobart Cup.

However, with the Derby being downgraded the club may have to rethink its Derby Day catch phrase to maybe something like “Girls Day Out” to fit in with the most prestigious race on the day.

TRC chief executive Mike Wisby said the upgrade was confirmation that the Bow Mistress is now regarded as one of the best and most prestigious fillies and mares races in the nation.

“The club is delighted that the Bow Mistress has been given the recognition it deserves,” Wisby said.

“This is something that the club and Tasracing have been working towards for some time.”

“The Bow Mistress has proven its worth as an outstanding mares’ race and in recent years the quality of horses to have contested the race is testament to its new standing on the national calendar.”

“I think the decision to increase the prize money last year to $150,000 did the trick and with Group 3 status the race can only flourish,” he said.

Wisby said the downgrading of the Tasmanian Derby was not unexpected.

“The experiment with the Derby just hasn’t worked,” he said.

“We tried many ways to improve the quality of horse that contested the Derby, including reducing the distance from 2400m to 2200m, at the request of the APC and by boosting the prize money to $150,000.”

“For whatever reason we have not been able to lure any real quality three-year-olds for the race on a regular basis,” he said.

The Bow Mistress has been won by some outstanding mares in recent years including Tasmania’s own Lady Lynette that won the race this year.

Lady Lynette also had more than held her own against some of the best mares on the national stage.