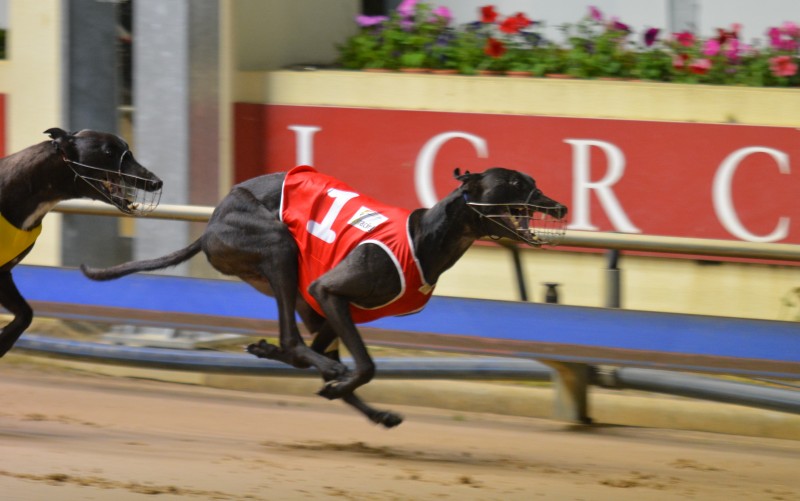 TOP Tasmanian greyhound trainer Alan Clark spent six years in the greyhound wilderness but he has returned with a vengeance to win his first Group 2 Launceston Cup with the highly promising young dog Brad Hill Billy.

Clark has only been back training for about three months and it was primarily to train Brad Hill Billy for close friends Simon Millgate and Helen Pringle from Zeehan on the West Coast.

Brad Hilly Billy went through the Launceston Cup series without winning his heat or semi-final.

He was second in both but from box one he was always going to be a chance if he gained a clear run to the first turn.

Breaker’s Tip won his semi-final from box one after flying the lids, leading comfortably throughout.

He did the same in the final from box five while Brad Hill Billy also began well to settle second as they swept down the back stretch.

Breaker’s Tip looked to have a winning lead turning for home but Brad Hill Billy knuckled down to his task over the concluding stages and squeezed through along the rails to grab victory in the shadows of the post.

“I came back to training because of this dog and a couple of litter mates,” Clark said.

“I’m glad I did come back because the dog has given me my first Launceston Cup,” he said.

Clark gave the game away to concentrate on his construction company of which he was CEO and his aim was to guide his son into the top position and groom him to take over the business.

Clark has a big opinion of Brad Hill Billy.

“He is a very promising dog and he has only just turned two so there is sure to be plenty of improvement in him,” Clark said.

“He is still learning but when he is fully matured he will be very good,” he said.

Breaker’s Tip was game in defeat and the two interstate finalists Waymore’s Blues and Ride The Rails from the Kelly Bravo kennel were third and fourth respectively.

Ride The Rails started the $2.15 favourite ahead of his kennel mate and Breaker’s Tip at $5 while the winner was sent around at the luxury odds of $7.50.

Clark said he was unsure of where he would go next with Brad Hill Billy but hinted that an interstate trip might soon be on the cards.