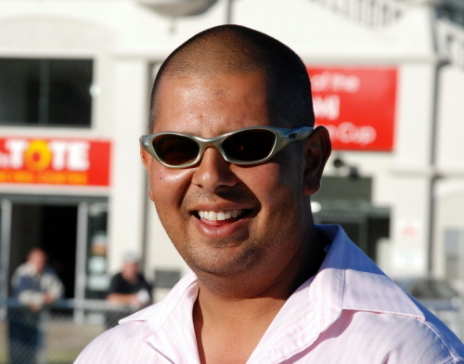 VICTORIAN harness racing trainer Den Braun is no stranger to winning feature races in Tasmania and in Launceston last Sunday night his assault continued when his exciting three-year-old Magical Telf sparkled in the feature race on the 10-event card.

Magical Telf cruised to an effortless won in the Tasmanian Three-Year-Old Championship over 2200 metres while hi stablemate Valiant Sur had no trouble in winning the Farewell Shirley Martin Stakes over 2200m.

Magical Telf looks set for a bright future in Australia. He was purchased in New Zealand by Braun for under $40,000 (landed in Australia) and after getting qualified to race at Geelong he debuted at Shepparton on December 18 and won by almost 45 metres without being fully extended, clocking a mile rate over the 2190 metres of 1m.58.8s.

Braun then slipped him across Bas Strait for his Tasmanian assignment and it was a similar result.

Last Sunday night Magic Telf settled at the rear of the field but when ace driver Chris Alford sent the son of Live Or Die around the field midrace to acquire the one-out-one-back position.

When he eased his charge three-wide to challenge nearing the home turn the gelding quickly hauled in the leaders and went on to defeat Willbe Doc by almost 11 metres with Margin Girl 2-1/2 metres away third.

“I have no doubt this horse has the ability to take on the best three-year-olds over here (Australia) but he is only just learning what it’s all about so I won’t be pushing him too hard,” Braun said.

“We’ll bypass the Victorian Derby but I reckon we’ll be heading to New South Wales and Queensland and possibly back to Tasmania for those states’ Derby.”

Valiant Sue has been a surprise packet and Braun is considering taking her to Sydney for a couple of lead-up races to the Ladyship Mile.

“I’ve stepped Valiant Sue up a few times this preparation and she has kept answering the challenge so she might be worth taking to Sydney to test the water before the Ladyship Mile,” he said.

Last Sunday night Valiant Sue was sent out the $1.60 favourite and while she had Queen Of Fire’s measure on the line the local mare forced the winner to pull out all stops to win with Biggernbettermax eight metres astern.