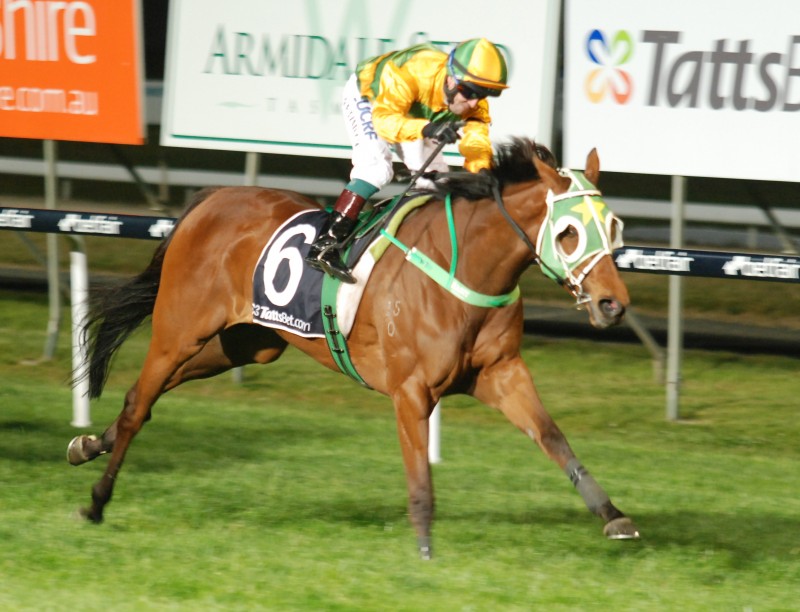 LIGHTLY raced four-year-old mare Braver looks set for a bright future as a stayer following her impressive win in a benchmark 62 event over 2100 metres at The TOTE Racing Centre in Launceston last night (Wednesday).

Braver (Darci Brahma-Stever House) was having her first start beyond 1650 metres but she passed the test with flying colours.

The Leon and Dean Wells-trained mare raced midfield with stable apprentice Rasit Yetimova in the saddle but when the rider called on his charge to improve 600m from home she quickly moved to the leaders and engaged in a dour battle with race favourite Roussos Destiny all the way up the home straight.

But with a big weight advantage over the favourite Yetimova’s mount forged clear close to home and went on to defeat the fast-finishing Gee Gee Black Fury by two lengths with Roussos Destiny a half-length away third and just in advance of Das Good.

Wells said Braver had been a work in progress but that most of the credit for the win belonged to his son Dean.

“Dean’s done all the work with this mare and he’s done a great job,” Wells snr said.

“She is only lightly raced and we have been waiting to get her out to this distance.”

“Dean has always believed she would be at her best when she gets to 2100m or beyond and on tonight’s effort you would gave to say he is spot on,” he said.