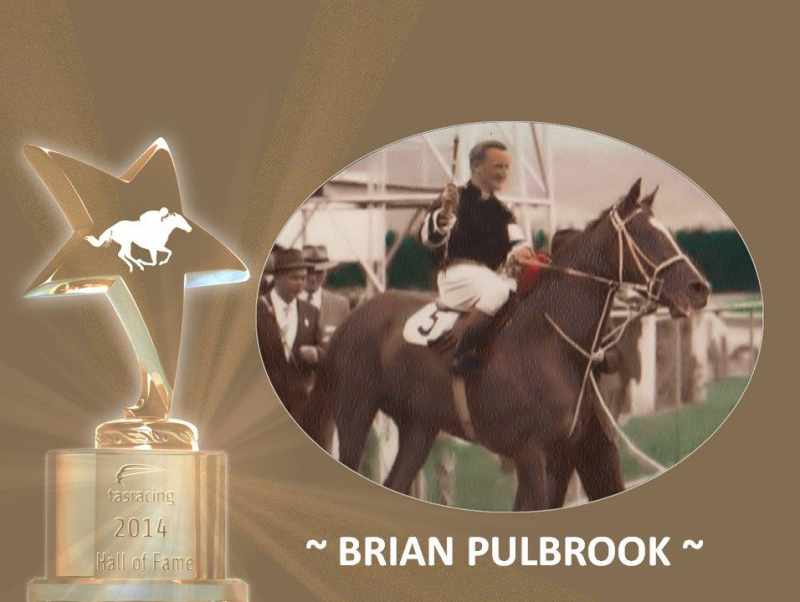 THE late Brian Pulbrook had his named etched into the annuls of Tasmania’s rich racing history when he was inducted into the Tasmanian Racing Hall of Fame last night.

Pulbrook arrived in Tasmania soon after he completed his apprenticeship in Victoria in the early 1960s and he quickly established himself as one of Tasmania’s top riders.

Brian was considered a master horseman when riding against arguably the best group of jockeys to ride in the state that included Geoff Prouse, Max Baker and Gary King, all of whom are members of the Tasmanian Racing Hall of Fame.

He was lured to the state by Hall of Fame trainer Brian Lomasney for whom he was stable rider for five years during which time he was always in the top three on the jockeys’ premiership list.

As an apprentice he won a Lightning Stakes aboard at Flemington in 1959 aboard Ritmar that led to Melbourne media pundits hailing him a star on the rise.

Brian Maxwell Pulbrook was considered a popular and likeable character. He was extremely competitive and renowned for his fondness of horses.

Brian is a welcome inclusion into the Tasmanian Racing Hall of Fame.