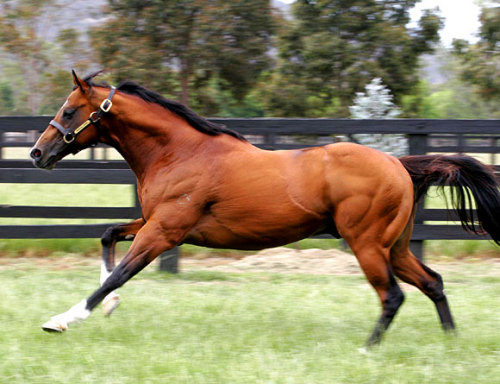 Nominations for the 2011 Magic Millions Tasmanian Yearling Sale have resulted in the most diverse and exciting range of pedigrees ever entered in a Tasmanian yearling sale.

Tasmania also has three new exciting stallion prospects in Incumbent, Helike and Azevedo who are certain to attract significant attention from buyers.

Inspections for the 2011 sale are expected to commence in mid October, possibly the week commencing 10 October, however vendors will be notified beforehand by Magic Millions.

“Pleasingly, the strength and quality of the pedigrees of the stallions and mares represented at the 2011 sale indicates that vendors have really embraced the need to continually upgrade their pedigrees,” Williams said.

“This is a message we have been communicating to breeders for some time now and we are starting to see some good results,” he said.

Tasbreeders Executive Officer Brett Williams said his committee was currently discussing ways of accommodating as many yearlings as possible.

“The current sale facility can only house 160 yearlings, so it is possible a general sale will be conducted on the day after the main sale,” Brett Williams said.

“The general sale wasn’t held last year because of a lack of numbers, because of the EI outbreak, however the depth and quality of this year’s nominations means we may need to look at conducting another session.”

“In the past, vendors have been sceptical about selling at the general sale, however well presented yearling have traditionally sold well, and both Magic Millions and Tasbreeders will make every effort to ensure that a solid buying bench is present if a general sale is re-introduced,” he said.

The 2011 Tasmanian Premier Magic Millions Yearling Sale will be held at the Inveresk sales complex in Launceston on February 22.