Bruntons clean up in opening race 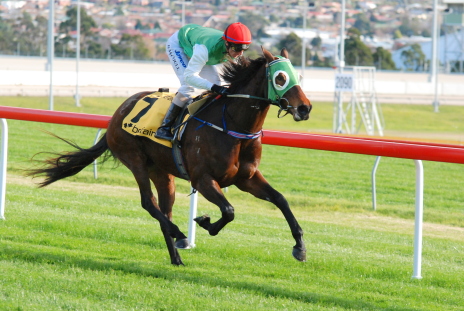 REIGNING premier combination of David and Scott Brunton began the day at Tattersall’s Park on a high when their three runners filled the trifecta in the opening race on the eight-event card.

Former Victorian four-year-old mare Kapok blitzed her rivals with an emphatic win over stablemates King Casper and The Golden Reef.

Kapok (Brendon McCoull) made full use of her wide gate at the 1400m start to be handy to the leaders early and when McCoull gave her more rein 500m out she sped clear and went on top score by almost six lengths from her stablemates.

Co-trained Scott Brunton said the mare didn’t show a lot when she first arrived from the Bevan Laming stable but after her first-up second in Launceston behind Peron Dunes when beaten by a slender margin, she had thrived and connections were confident she would break her maiden status.

Listen to what co-trained Scott Brunton had to say about Kapok’s maiden win – click here .