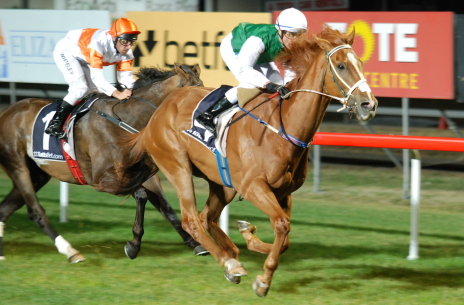 ONE of Tasmania’s most promising gallopers Short Story could be tested over staying journeys this season following his impressive win in a benchmark 78 Handicap over 1600 metres in Launceston on Wednesday night.

Short Story toyed with his rivals at his first try over the journey scoring comfortably from race leader Sandeep and Tree Bandit.

The David and Scott Brunton-trained gelding had won three of his previous four starts and was coming off a sixth in an unsuitable race over 1200 metres.

“I couldn’t be happier with this horse. He has done all we have asked this time in and if everything goes to plan we might even test him over 2000 metres or more,” Scott Brinton said.

“We are not going to get too far ahead of ourselves but we do have a plan in mind for him but we will wait and see how he comes through this race before making any firm plans,” he said.

Short Story (Danroad-Olufsen) has had only 13 starts with this latest win his fifth and he also has notched three minor placings for almost $50,000 in stakes.