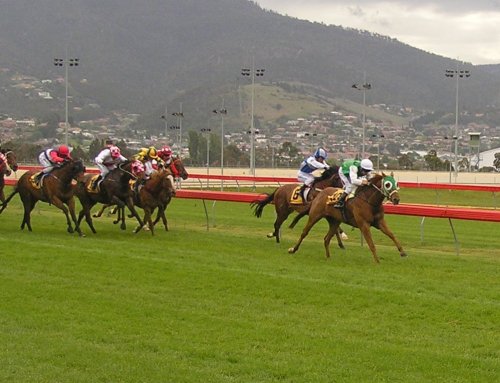 SEVEN MILE BEACH premiership winning trainers David and Scott Brunton recorded yet another milestone in their impressive partnership with the duo securing their fifth four race haul in under 11 months at Tattersall’s Park on Sunday.

Team Brunton started the day with a running double with three-year-olds Botanist (B McCoull) in the 3YO Maiden over 1200 metres before Getitdone (M Guthrie) secured back to back wins with a comfortable two length victory in the Class 1 Handicap.

Four-year-old Obstinado (K Sanderson) proved too strong in the feature event of the day the $30,000 Goodwood Handicap.

Riding on the minimum, the light weight was the key in the gelding’s victory as he was to strong to the line winning by almost two lengths.

Lightly raced Prevailing, (B McCoull) having his second start since returning from a six month spell, sealed off the afternoon with a game win in the Class 2 Handicap over the 1200 metres

Obstinado, returning from a Melbourne campaign, notched his first win since February after taking the $50,000 3YO Classic on Gold Sovereign Stakes Day.

“I couldn’t be happier, he was terrific today” said co-trainer Scott Brunton

“He has been a consistent performer throughout his career and with the drop in weight we thought he would run well as he is such an honest horse” he said.

The son of Estambul will now be aimed at the $90,000 Newmarket Handicap on the 18th of November under lights at Launceston while Getitdone will bypass the 3YO Cup and be aimed at the Tasmanian Guineas on the 6th January 2011.