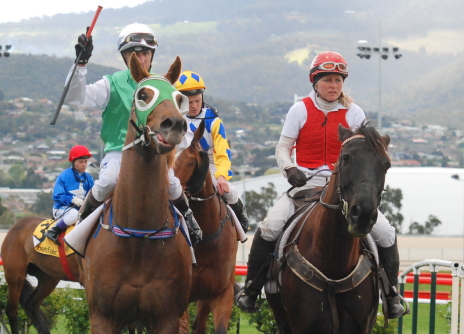 TASMANIA’S premier trainers David and Scott Brunton have earmarked the Newmarket Handicap as one of Galibier’s prime targets following the gelding’s impressive win in a class four handicap at Tattersall’s Park in Hobart last Sunday. Galibier led all the way to easily account for Couple Of Cowboys and My Temptation over 1100 metres. It was the four-year-old gelding’s first start since May but it could not have been a more impressive performance. Galibier (Telesto-Bianchi) is lightly raced with this latest win, his third, coming at only his eighth start. The gelding was ridden by Brendon McCoull and it formed part of a double for the multiple premiership-winning rider who had been struggling to get into the winner’s circle since returning from an injury enforced two-month stint on the sidelines. McCoull also scored aboard Bag Of Monkeys for team Brunton. It was only a small field after the scratching of Rich Bonus and Double Unique but the loss of Rich Bonus from the race also left the field with no natural leader. Listen to what jockey Brendon McCoull had to say about Galibier’s first-up win – click here .