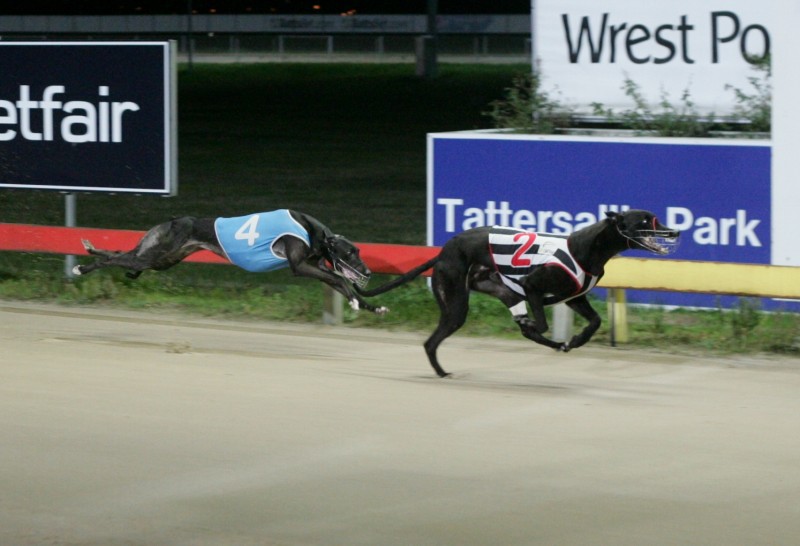 Outstanding youngster Bruny Venture made his way into the Betfair Breeders Classic final with a game win in his semi-final last night. The Gary Fahey trained dog missed the start by two lengths and could have been in a lot of bother but for his ability to muster speed quickly.

He burrowed though along the rails to set out after the leader Shanlyn Betty. Turning for home he switched to the outside and ran past the leader and went on to score a comfortable win by almost two lengths from Shanlyn Betty that stuck on well with Howzat Grace over three lengths away third but flashing home at the rate of knots. Despite missing the start the son of Mogambo covered the 461 metre journey in 26.13. It was Bruny Venture’s third win from only seven starts and he will only need to take this most recent form into the final to be very hard to beat.

The Neville Allison trained Private Riley might not have registered the quickest time of the four semi-final winners but it was definitely one of the most courageous wins. Private Riley began well from box one but was headed by Rip And Tear (3) and Sonic Fear (8) at the top turn and that pair looked set to fight it out in the home straight. However Private Riley dug deep over the concluding stages to regain the lead and went on to defeat Rip And Tear by over a length with Sonic Fear a head away third.

The dog was having only his third start but showed the sort of stuff that is usually only possessed by a more experienced chaser. Private Riley was bred by Karlene Cuthbertson who stands the sire Thirteen Black that she put to her well performed broodbitch Icy Popsicle. A litter sister, Howzat Grace, just missed a berth in the final when she ran third to Bruny Venture.