Buckle Up Barry to break through 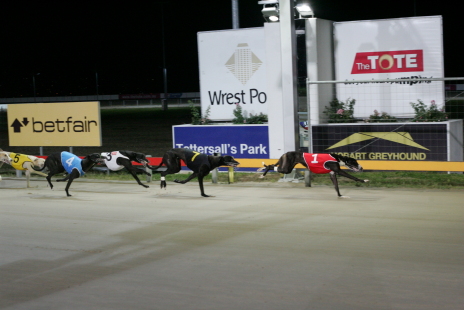 Buckle Up Barry (R10) may have finally found the right race at Tattersall’s Park tonight to break his maiden status.

This El Galo pup has certainly been a handful for trainer Kevin Cocks since making his debut in August however his last week’s run certainly showed what this pup is capable of running a handy second to Ready to Rock.

Although punters will need to be mindful that Bazza has had 16 starts for only 5 placings he again will be each way value and from the check should position himself well in running.

Hardest to beat will be the speedy Premier Port and Blue Tongue Boy.

The second round of the Vet’s Medley series over the sprint distance continues tonight.

Rocket Tadmore (R4) should finally crack it for another win. Silent Giggle and Shanlyn Charlie should fight out R5. Megastar Spargo (R6) and Miss Hetti should do the same. Intense Suspense (R8) showed enough last week to say he can win again while Hellyeah Reggie (R9) may have finally found the right race.