Bucksta has the right form to win Burnie Cup 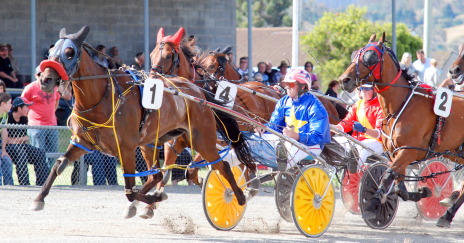 TOUCHWOOD BUCKSTA has been in terrific form of late with four wins coming from his past five starts.

Top driver David Medhurst will be hoping to stretch that winning streak to five at Burnie on Saturday where he will partner the gelding in the Deltaflex Burnie Cup over a grueling 2789 metres.

At his most recent outing Touchwood Bucksta was an impressive winner of the New Norfolk Cup on Australia Day, wining by a record 21 metres over Hamish Holmes and Springvale Flyer.

The Clinton Woods-trained gelding is well-performed from a standing start and from the pole position (barrier one) Medhurst will be hoping his charge is on his best behavior at the start to take advantage of his good draw.

Listen to what driver David Medhurst has to say about the chances of Touchwood Bucksta in the Burnie Cup – click here.