Burles shoots for the moon with The Cleaner 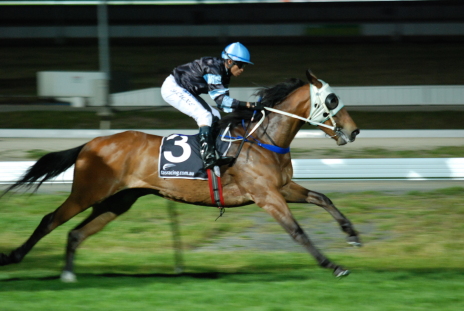 LONGFORD trainer Mick Burles has never been on to limit his options so it should come as no surprise that he is about to nominate his stable star The Cleaner for this year’s W. S. Cox Plate.

The Cox Plate is regarded as the weight-for-age championship of Australia and usually only the cream of the turf are entered for the race over 2040m at Moonee Valley in October.

Burles unveiled his grand plan yesterday as he prepares The Cleaner for his return to racing after a five-month break.

The Cleaner was being aimed at this season’s Hobart Cup but after he finished well back in the Devonport Cup in which he started the favourite, he had his legs scanned and the gelding was found to have bone fragments in his off front fetlock joint.

“The operation was a success and we are now looking forward to the coming season,” Burles said.

“It might be like flying to the moon (nominating for the Cox Plate) but you can’t win it if you’re not in it,” he said.

“He had about four months in the paddock and he’s come back a much bigger and stronger horse.”

The Cleaner is likely to have two starts in Tasmania in middle distance events in Hobart and Launceston before heading across Bass Strait for a campaign.

The gelding will trial at Longford next Tuesday and depending how he pulls up he will most likely race within a fortnight.