Burlington tunes up for Flemington assignment 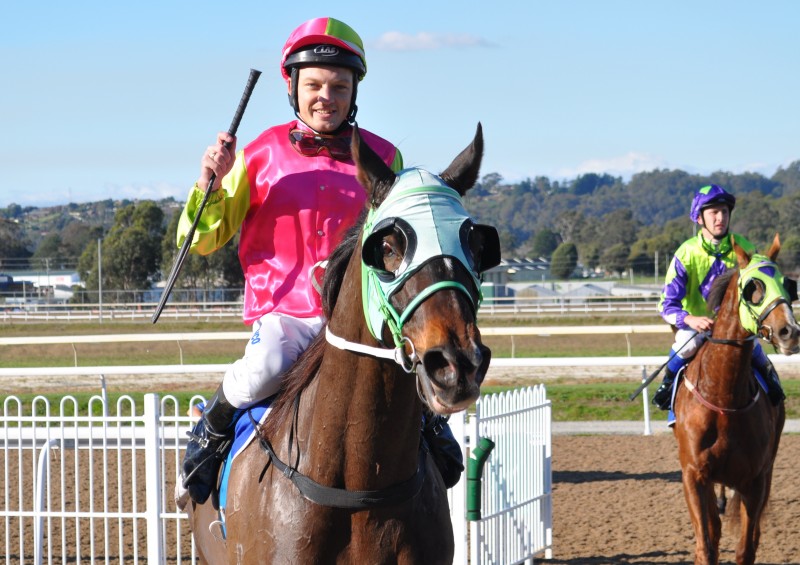 FORMER Victorian galloper Burlington tuned up for a crack at a race at Flemington on Saturday with an impressive win over 1880 metres on his home track at Spreyton yesterday.

Burlington’s owner-trainer Vern Poke will travel the eight-year-old gelding on the Spirit Of Tasmania tonight and he will go into Saturday’s 2500-metre at Flemington at the top of his game.

Jockey Jason Maskiell had the gelding settled just worse than midfield on the rails with the well-backed New Ranger on his outside.

He travelled well off a good speed to the 500-metre peg where Maskiell began maneuvering his charge off the fence to make his challenge.

Once in the clear Burlington swooped on the leaders and went on to score convincingly from three-year-old filly Ordain with Delago Delight a close-up third.

Poke said he had an ulterior motive for running the gelding in yesterday’s race.

“I’m hoping Burlington will be a Devonport Cup horse next preparation and that was the main reason for me running him in this race as I wanted to test him over the Cup distance,” Poke said after the race.

“I know he will be nine by then but older horses have won the cup,” he said.