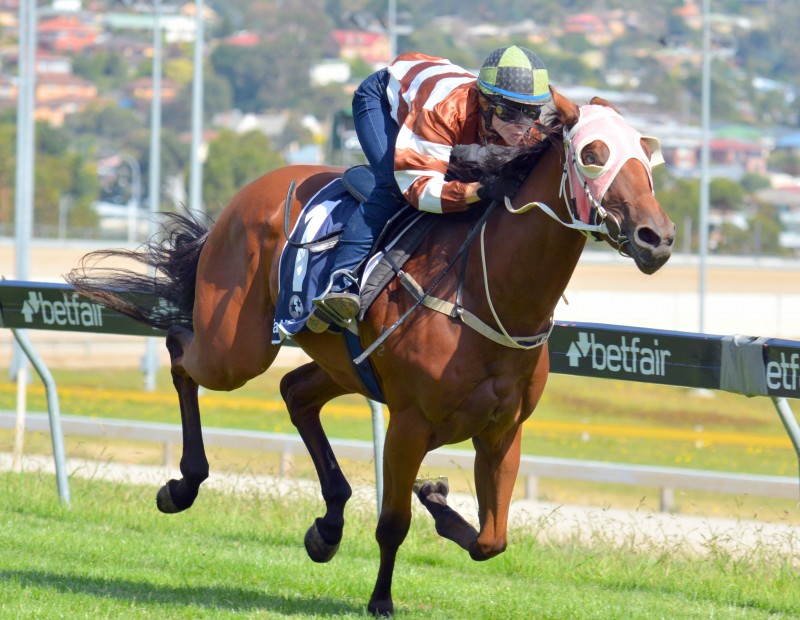 HOBART cup-winning trainer John Luttrell made a bold prediction late last year pertaining to a promising two-year-old he had domiciled at his Brighton stables.

At Tattersall’s Park in Hobart today that unraced two-year-old Bushranger Boy delivered an effortless win in a seven-horse trial over 900 metres to suggest the trainer could be spot-on with his early assessment.

Carrying fledgling apprentice Raquel Clark, who was riding in only her second trial, the gelded son of Bushranger showed good early speed to lead and when the rider called on him to extend in the home straight he left his rivals in his wake.

Bushranger Boy (Bushranger-Highgold) went on to score comfortably from the Terry Evans-trained Turtles Nest with the winner’s stablemate Gee Gees Cool Gal a close-up third ahead of the Scott Brunton-trained Lotza Kitty that hit the line well.

The winner scored by 4.3 lengths and stopped the clock at 57.44 which was clearly the quickest of the five trial winners.

Bushranger Boy was bred by the late Dudley Clark who had the horse broken in by Wayne Brown.

So after Clark’s death a number of his well bred horses were sold at a dispersal sale and Luttrell purchased this gelding for $2000.

He owns the gelding in partnership with his daughter Nicole.