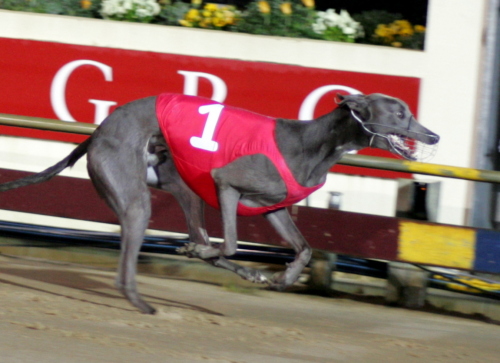 THE Ian Callinan kennel has been on fire of late and the good run continued in Launceston on Thursday night.

Callinan prepared a treble taking the first two races on the card with Paua To Destroy in a juvenile graduation (515m) and Callamac Ace in a juvenile/maiden over 600 metres.

The in-form Fire King clinched the treble when he powered his way to an impressive win in the Betfair.com grade four over 515 metres.

It was Callinan’s second treble in as many weeks.

Paua To Destroy showed blistering early speed to cross from box eight to lead and with the heavily backed favourite I’m A Fencer ($1.10) put out of the race through multiple checks, it was clear sailing for Callanan’s dog that cruised to an easy win over Edinburgh Ed with Jaylei Henry and Poa’s Champ dead-heating for third.

Callamac Ace made the most of box one to lead easily at the first turn and at the winning post the first time he held sway by four lengths.

He extended his lead at every turn and hit the line almost 10 lengths clear of Where’s Nick with Classy Kenny third.

But clearly the most impressive of his three winners was Fire King that made it five wins for Callinan from his 17 starts in Tasmania.

Fire King started from box seven and after being slowly away he stumbled and almost lost his footing soon after the start.

But he balanced up and weaved his way to fourth spot heading down the back straight and on the home turn waited for the rails run to appear and shot through to take the lead.

He then staved off a late challenge from Sheer Octane (1) that flashed home late.