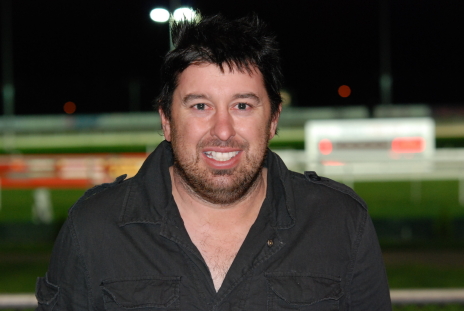 WHEN Rodney Callinan decided to take out his greyhound trainer’s licence about nine months ago few were surprised that he had finally taken the plunge to follow in his father’s footsteps.

His Dad, Ian Callinan, has been one of the state’s best trainers for many years but going out on his own wasn’t something Rodney was going to rush into.

Rodney’s workload during the winter months is full-on with his steel business and part-time football coaching responsibilities talking up much of his time.

But with footy season safely tucked away Callinan has been able to focus on training his greyhounds and with immediate results.

In the past two months he has prepared 10 winners and given the dogs that are winning are only pups there should be more joy on the horizon.

Diavlo scored an impressive win in the opening race on the 11-event card at Tattersall’s Park in Hobart tonight and Callinan is confident he has the ability to win more.

The son of Chinatown Lad-Creighton Star began well from box six and settled second behind the well-backed Cointreau Cap.

But when they wheeled for home Diavlo cut back to the rail and powered past the leader close to home and went on to win by over a length.

Diavlo is raced by Callinan and his good mate Brendan Browning with whom he also breeds greyhounds.