Campbell a 2YO Specialist 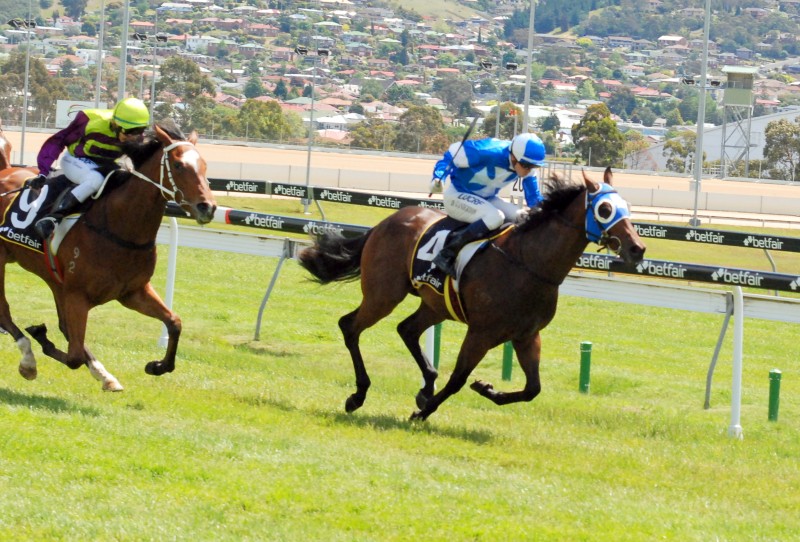 SPREYTON mentor Barry Campbell reaffirmed his status as “king” of the two-year-olds when he produced Specialist to win the first juvenile race of the season over 900 metres at Tattersall’s Park in Hobart today.

Campbell saddled up two runners in Siorca and Specialist with Siorca (Brendon McCoull) backed in to start the $2.60 favourite while Specialist with Daniel Ganderton aboard was a drifter on course and got out to pay $18.

Specialist showed good early speed from a wide gate to eventually cross to the front and from there he travelled well to the home turn with his stablemate Siorca working his way to second.

When they straightened for the run home Specialist found another gear while Siorca was running on near empty 150m out while the John Luttrell-trained Gee Gees Top Notch (Wordsmith-Himstedt) was working her way into the finish.

But Specialist showed all the signs that he will make an impact in everything he contests by digging deep when it counted and go on and score by over a length.

Campbell was delighted with winning the first 2YO race of the season.

“He is a very nice horse and ready made for two-year-old racing unlike his full brother Bionic Star that didn’t race at twp because he was sick,” Campbell said.

“I think Specialist and Siorca will win their share of races and the best part is we have a few more at home that also go as well,” he said.

Jockey Ganderton was also full of praised for Specialist.

Listen to what jockey Daniel Ganderton had to say about Specialist.