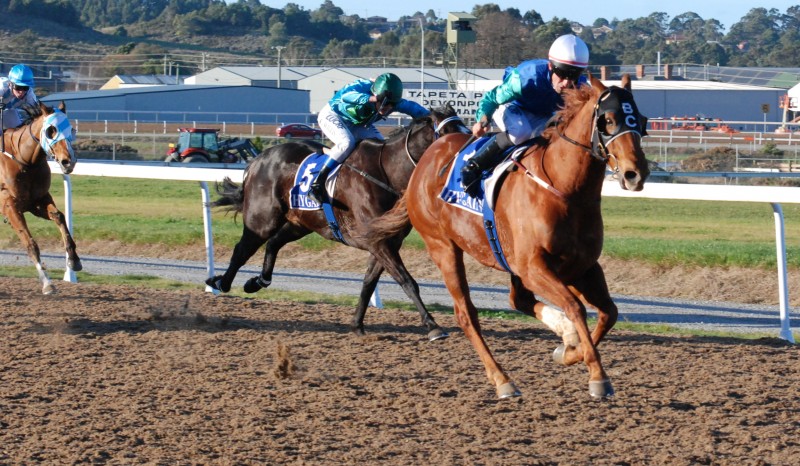 HALL of Fame trainer Barry Campbell is confident his talented sprinter Innocent Gamble can continue on his wining way in Tapeta Series Sprint final over 1150 metres at Spreyton tomorrow (Saturday).

“The horse definitely hasn’t gone backwards since his first-up win and I am very confident he can win again on Saturday,” Campbell said.

Stable apprentice Ismail Toker will be having his eighth ride on the Elvstroem gelding that won a Blue Diamond Preview as a two-year-old after which he was touted as a future star.

“Ismail (Toker) has had seven rides on this horse fort six wins so he knows the horse well.”

“I brought the horse back in for these two runs and he’ll go back out after this race on Saturday and come back for the sprint race on Devonport Cup day (in January),” Campbell said.

While Innocent Gamble is likely to start favourite, there will be support for the David and Scott Brunton-trained Loaded Owners that resumed from a l3ngthy spell for an impressive all-the-way first-up win in a BM62 carrying 61 kilograms with the three-kilogram claim for apprentice Hayley McCarthy.

Loaded Owners drops to the minimum of 54kg on Saturday while Innocent Gamble will have to lug 59kg, up two kilograms on what he carried to victory in the Prelude.

Minute Repeater worked home well behind Innocent Gamble in the Prelude and he meets that horse four kilograms better for being beaten four lengths.

However the extra 150 metres will suit Minute Repeater that was only getting warmed up over the final 100 metres last start.

Last season’s Tasmanian oaks winner Iggimacool goes into the race first-up and her trainer Bill Ryan rates her an each-way chance on her work.