Campbell likely to have three line up in Newmarket 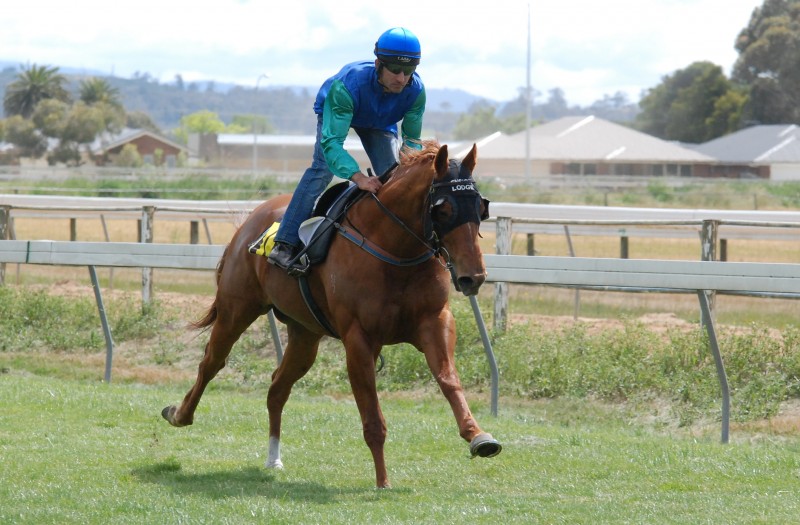 SPREYTON trainer Barry Campbell is likely to saddle up three runners in the Newmarket handicap to be run over 1200m in Launceston in a fortnight.

All three trials at Longford today with Arenzano winner her trial over 700 metres by sitting outside of speed machine Sh’bourne Spirit and beating her on her merit while Innocent Gamble also won his trial, blitzing his rivals by almost five lengths without getting into top gear.

Arenzano stopped the clock at 39.88 which was the quickest trial of the day but Innocent Gamble’s 39.97 wasn’t far off the mark and his rider, stable apprentice Ismail Toker, confirmed the flashy chestnut gelding never reached peak speed.

Admiral finished second in his trial won by the John Keys-trained Don’t We Love It that led throughout.

It was Admiral’s second trial and he has finished in the same position in each hit-out.

However Campbell is thrilled with his star two-year-old from last season.

“Admiral is exactly where I want him to be at this stage of his preparation,” Campbell said.

“I want this horse to be still racing in February when the feature races are on, so I won’t be making any firm decisions where he will kick off his campaign for at least another week,” Campbell said.

“The Newmarket is definitely an option but we also might wait another two weeks and go to the 3YO Cup,” he said.