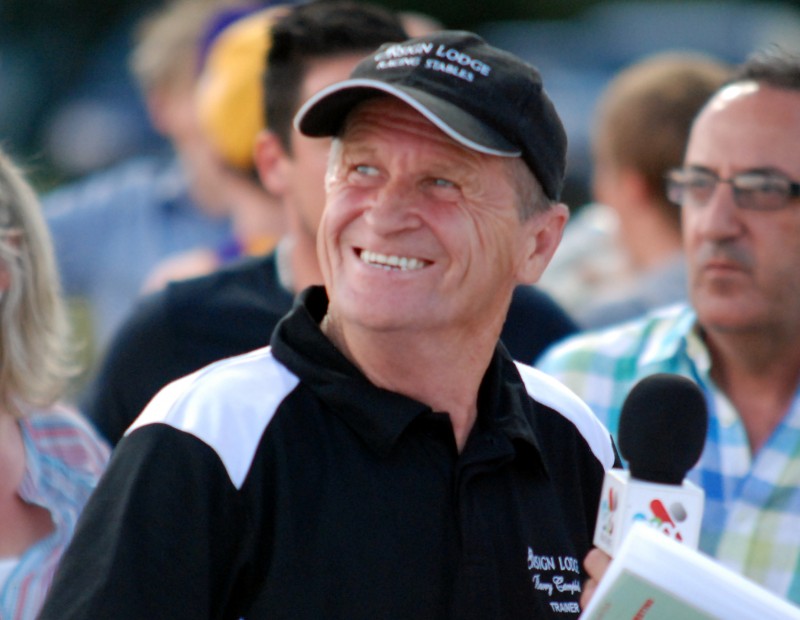 SPREYTON trainer Barry Campbell takes a two-pronged attack into tomorrow night’s $100,000 weight-for-age tattsbet.com.au Stakes over 1200 metres and he expects to win the race.

Campbell will saddle up his two sprinting stars Grand Tycoon and Arenzano in the 1200-metre sprint.

The race has attracted only a field of seven but with the possible exception of one runner it is filed with proven class acts.

Grand Tycoon was Tasmania’s best two-year-old two seasons back and last season he was extremely competitive in whatever he contested, ending his three-year-old season with the impressive career record of 10 wins from 14 starts with seven of his wins coming as a two-year-old from eight starts.

He won at his last two outings at three after which he had an operation to remove bone chips from a knee.

This time in the four-year-old won first-up in the Winzenberg Quality Handicap over 1100 metres in Hobart and lost no admirers when second to his stablemate Innocent Gamble in the $20,000 Sprint at Spreyton on Devonport Cup day.

“Grand Tycoon is a marvel and he is going as good this time in as ever,” Campbell said.

“He can carry weight and he is a real bulldog so I expect him to be very hard to beat in this race,” he said.

Arenzano is a speed machine and while she is yet to win this time in Campbell says she gets her chance to soar back into the winner’s circle.

“Arenzano is a class mare and from barrier one and with a decent weight advantage I expect her to run a huge race,” the trainer said.

In fixed odds markets The Scott Brunton-trained Hellova Street is favourite but at the very backable odds of $2.40 with Grand Tycoon at $4.20 and Arenzano $5.

Hellova Street’s stablemate Royal Rapture is next best at $5.50 while Pit Street is at $10.